Please ensure Javascript is enabled for purposes of website accessibility
Log In Help Join The Motley Fool
Free Article Join Over 1 Million Premium Members And Get More In-Depth Stock Guidance and Research
By Billy Duberstein - Oct 4, 2019 at 11:33AM

Aurora Cannabis had a decent quarter, but it didn’t live up to the hype.

Aurora Cannabis (ACB -9.09%) saw its stock fall 20.7% in the month of September, according to data from S&P Global Market Intelligence. The world's leading producer of cannabis sold off after a tough month for pot stocks and unprofitable growth stocks in general. In addition, Aurora released a fiscal fourth-quarter earnings report that didn't quite match the market's lofty expectations.

In its fiscal fourth quarter, Aurora reported revenue of $99 million and an adjusted EBITDA loss of $11.7 million. Those figures disappointed analysts, as Aurora had forecast $100 million to $107 million just a few weeks prior when the quarter ended. Aurora had also given itself a target to become adjusted EBITDA-positive by the end of the fiscal year, and as you can see, it missed that goal as well. 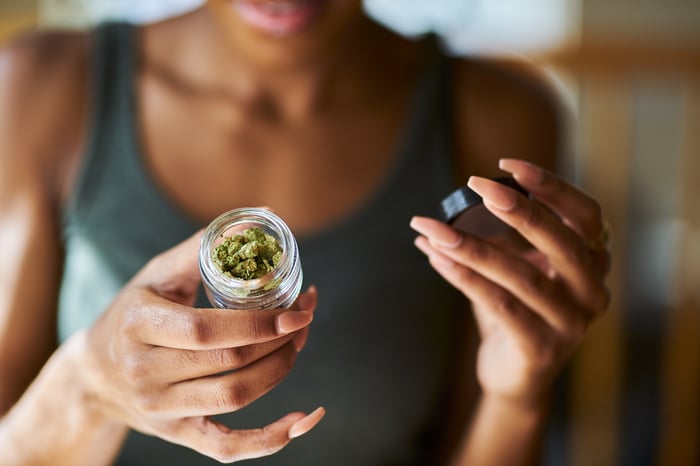 Aurora management gave a pretty decent explanation of the shortfall -- the company actually met the high end of its cannabis sales guidance of $95 million, but the company's noncannabis revenue, encompassing patient counseling, analytic testing, and construction engineering services, came in lighter than expected. Noncannabis revenue can be a bit inconsistent, and since it's not a core business, management should probably get a pass. Nevertheless, missing your targets, especially in a new and evolving industry such as cannabis, isn't going to do any favors for your credibility with Wall Street, and Aurora's stock was punished.

All Canadian cannabis companies are dealing with some oversupply in the market due to a delay in approvals for Canadian brick-and-mortar licenses and cultivation licenses. This bottleneck explains why several Canadian companies have disappointed investors this summer. Eventually, however, that will change as more licenses get approved.

Canada is also set to move forward with "Legalization 2.0" in mid-December. That milestone will allow retail outlets to sell derivative products such as edibles, vapes, infused beverages, and other products derived from cannabis, and not just the dried flower that was legalized last year. Aurora is currently making these products in preparation for the launch.

All things considered, Aurora still delivered a solid quarter, and it's still closer to profitability than its other Canadian large-scale peers. Moreover, Aurora's track record of flawless execution -- the company's never had a crop loss -- as well as its status as the largest and lowest-cost cannabis producer, should put it in good stead as the Canadian market moves forward.