A volatile stock throughout 2019, Adient had headlines go its way in September.

Shares of Adient (ADNT -0.10%) rose 13.8% in September, according to data provided by S&P Global Market Intelligence, fueled by investor hopes for a thaw in trade tensions between the U.S. and China. The stock was actually up nearly 30% in early September before falling back somewhat as the month wore on.

Adient, an automotive seating specialist that was spun out of Johnson Controls in 2016, has had a roller-coaster 2019, with shares down 33% in March but then rising 78% in April. Auto companies have been pushed and pulled by worries about an economic slowdown, which could eat into auto sales, and suppliers in particular have been impacted by the threat of tariffs on goods shipped between China and the U.S. 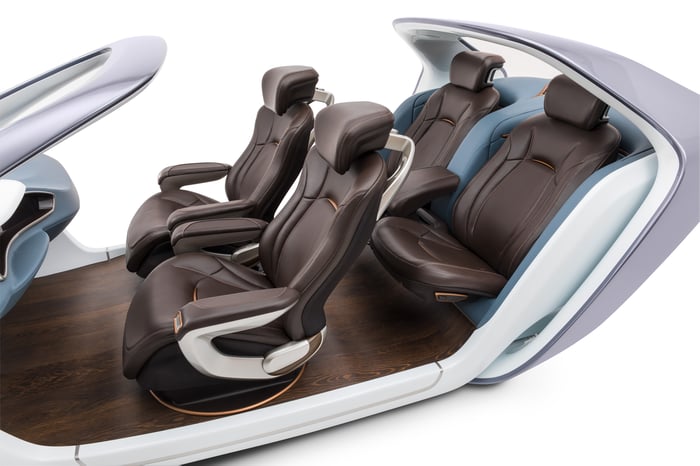 Early September saw a reversal of an inverted yield curve that in August was raising concerns about an imminent recession and news that the U.S. and China would soon resume high-level trade talks. That was enough to cause a surge in shares of Adient and other auto suppliers that accounted for most of the move during the month. 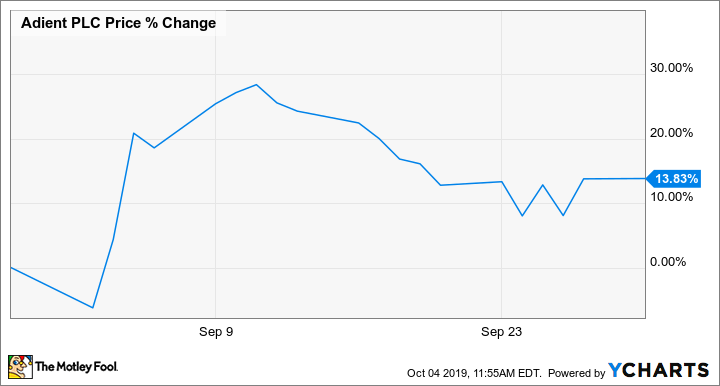 Adient was downgraded to neutral by both UBS and BoA Merrill Lynch at mid-month on valuation and the continued risk of a slowdown, draining the stock's momentum.

It seems likely the volatility in Adient shares will continue, at least until investors get more clarity about U.S./China trade relations and the outlook for the U.S. economy. For long-term holders who can look past the noise, there is real potential in this business.

Adient is in the early stages of a turnaround under CEO Douglas DelGrosso, who joined about a year ago, focused on paying down debt and streamlining operations. This isn't the point in the cycle at which to rush into auto-part companies, but current investors should be confident that Adient can weather the storm.