SmileDirectClub wins over analysts, and NVIDIA gets some higher price targets.

The stock market was slightly lower by Monday afternoon, recovering a bit from larger losses in the morning. Trade talks between the U.S. and China are set to begin this week, with the potential to end the trade war that has been roiling markets in recent months.

Shares of SmileDirectClub (SDC 24.61%) and NVIDIA (NVDA -0.86%) had no problem picking a direction on Monday. The orthodontics stock slumped even as analysts touted the company, and shares of the graphics-chip leader were up thanks to a couple of price-target bumps.

There was a lot to dislike about SmileDirectClub's initial public offering. The direct-to-consumer clear aligner treatment company priced its shares at $23, good for a valuation of $8.9 billion. That's more than 20 times 2018 sales, although in fairness, sales are growing fast.

There's also the issue of related-party transactions between the company and Camelot Venture Group, where CEO David Katzman is a partner. That should certainly raise some red flags for prospective investors. There are some regulatory risks as well -- the American Association of Orthodontists has accused the company of violating the law. 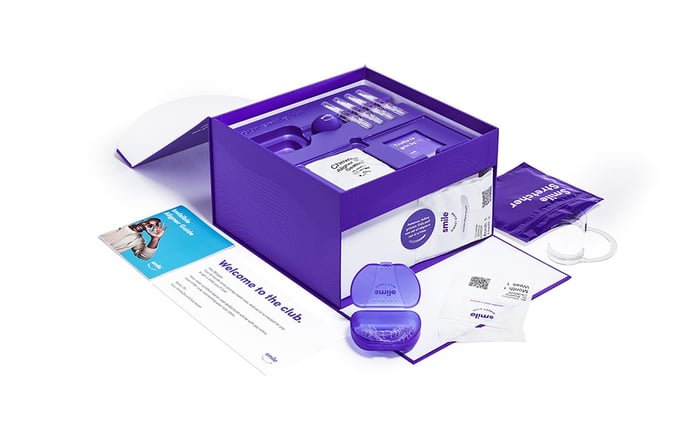 SmileDirectClub's IPO has been a dud, with the stock now trading below $14 per share. But analysts are far more optimistic than the market. The first analyst ratings on the stock arrived on Monday, and they painted a picture of intense optimism.

Analysts at Bank of America Merrill Lynch, Citi, Guggenheim, Jefferies, Stifel, Credit Suisse, and J.P. Morgan all rated the stock as a buy, with price targets ranging from $19 to $31. The stock would need to more than double from where it's trading today to hit the highest price target.

The market wasn't convinced by any of this. Despite the analyst love, shares of SmileDirectClub were down 5.8% at 1:30 p.m. EDT Monday. The stock has risen above its all-time low, but it's still far below even the most pessimistic price target from the group of bullish analysts.

The company is set to report its third-quarter results on Nov. 12, its first report as a publicly traded company.

Shares of graphics-chip company NVIDIA have been hammered since peaking in late 2018. The stock is down around 35% from its all-time high, the result of sluggish demand for data center chips and a cryptocurrency-driven hangover in the gaming business.

A couple of analysts are expecting a recovery. RBC Capital boosted its price target on NVIDIA stock from $190 to $217 on Monday, citing channel checks that show strengthening demand from gaming-related chips. RBC also expects a product refresh in the data center segment to lead to a recovery in the fourth quarter.

Analysts at Evercore are also optimistic on the gaming business. Evercore reiterated its "outperform" rating on the stock Monday, and it raised its price target from $185 to $225. That new price target represents upside of more than 20%.

One problem with the analyst optimism surrounding the gaming business is Advanced Micro Devices. The company has long played second fiddle to NVIDIA in the graphics-card market, but its comeback is for real this time. AMD's RX 5700 and RX 5700 XT graphics cards, launched in July, were its best graphics products in years. And the just-announced RX 5500 graphics card will give NVIDIA a run for its money in the low-end market.

NVIDIA may be able to fend off the competition, but that's far from a guarantee.