Please ensure Javascript is enabled for purposes of website accessibility
Log In Help Join The Motley Fool
Free Article Join Over 1 Million Premium Members And Get More In-Depth Stock Guidance and Research
By Reuben Gregg Brewer - Oct 8, 2019 at 10:53AM

Some shocking oil news led to dramatic price moves in the energy space up and down the value chain.

In September, shares of oil drillers Apache Corp. (APA 6.36%) and Vermilion Energy (VET 2.36%) rose 18% and 17%, respectively, according to data provided by S&P Global Market Intelligence. But it wasn't just drillers that were up big; refiner Valero Energy (VLO 1.48%) jumped 13% as well, which seems a bit counterintuitive -- until you look at the bigger picture. 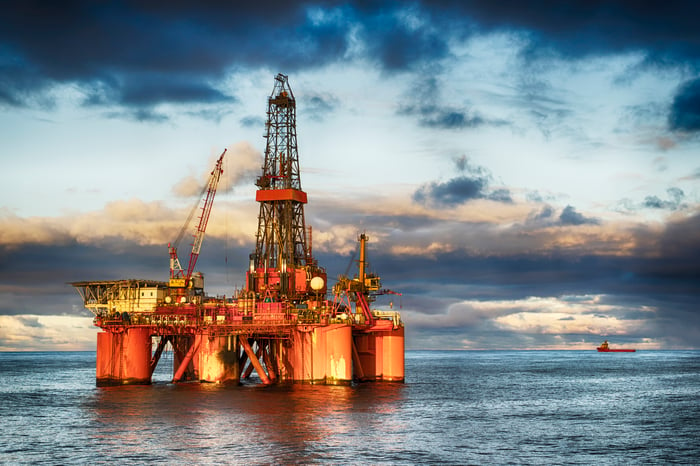 There wasn't much news on the two drillers in September that would have caused notable stock price advances. Apache and Vermilion each announced dividends, but there was no change from prior disbursements. The big news was a terrorist attack that caused a material reduction in Saudi Arabian oil production. This presented a worldwide headwind for the sector, because Saudi Arabia is one of the largest oil producers in the world. Oil prices spiked on this very real supply disruption.

The jump in oil led to a swift rise in the prices of oil drillers, which is a key reason the stocks of Apache and Vermilion saw sizable price increases. That said, the gains across the industry weren't all that large. Integrated energy giant Chevron, for example, jumped a bit on the news but was up less than 1% in the month of September.

There are two important differences here. First, Chevron's operations span the entire industry (notably downstream segments that move and refine oil), while Apache and Vermilion are both focused on drilling. So generally speaking, oil prices have a bigger impact on the financial results of this pair than on Chevron. Second, Apache and Vermilion aren't as financially strong as Chevron. For example, Chevron's debt-to-EBITDA ratio is roughly 0.85, while Vermilion's is 1.4 and Apache's is roughly 2.8. Better oil prices are a bigger benefit to a company that's dealing with a leveraged balance sheet. 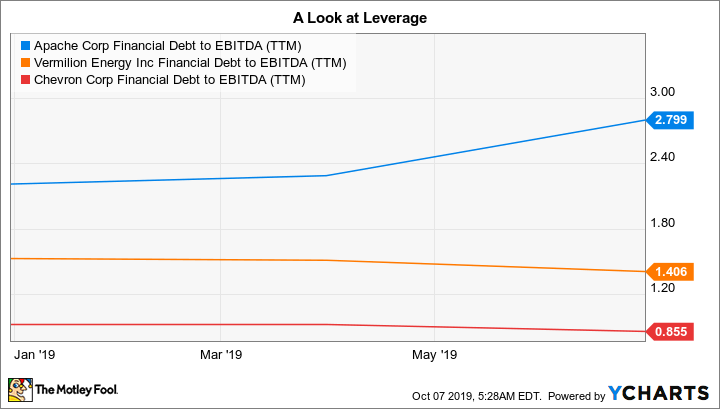 However, oil prices didn't stay high for all that long, as Saudi Arabia worked quickly to get its production up and running again. And while it did that, it used its oil stockpiles to meet its contractual obligations. All in all, there wasn't much of a near-term disruption. So Apache and Vermilion saw their prices come back down from the postevent peak, but they clung to a good portion of the monthly gains just the same. The attack has brought into question the security of energy supplies, which could mean countries and companies that use oil start looking to diversify their suppliers. That could be a long-term benefit to oil drillers globally.

The broad energy industry includes oil drillers and those further down the value chain, which is why Chevron's stock advance was muted. It is an oil driller, but, as noted above, it also has exposure to refining assets. Spiking oil prices and supply disruptions are generally a bad thing for a refiner, which is why giant U.S. refiner Valero's stock actually took a hit on the news of the attack. 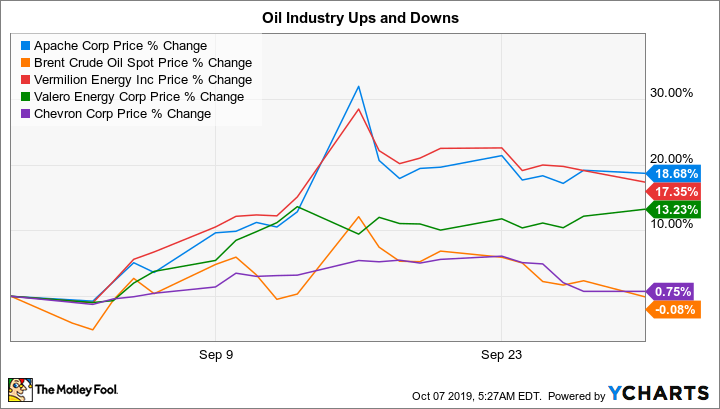 With oil prices dropping back down to preattack levels in relatively quick fashion, however, there was no lingering impact on Valero's stock price. In fact, the company's shares had a pretty rough August after weak earnings news, so they were actually recovering strongly at the start of the month. Thus, the full-month gain was still pretty impressive.

That said, Valero announced some interesting news early in the month. In a 50/50 joint venture with Diamond Green Diesel Holdings, the refiner is looking to build a refinery capable of producing 400 million gallons of renewable diesel per year. It would be the first such plant in Texas and would be located near Valero's existing assets, allowing for operational synergies. Although a final green light won't be given until 2021, the plant would materially increase the company's green energy bona fides and help to diversify it away from crude oil. Investors seemed to be pleased with the news, which likely helped the stock hold onto its early-month gains.

While an event such as a terrorist attack on a key Saudi Arabian oil facility is exciting, shocks are not all that unusual in the energy space. Oil is a very volatile commodity and always has been. In other words, don't read too deeply into September's ups and downs. Vermilion and Apache are still heavily leveraged, oil-focused companies, and that hasn't changed one bit. Their earnings will rise and fall with oil prices, just like they have in the past. And Valero, while further down the oil value chain, has basically the same story. Refining margins go up and down over time, though for long-term investors, the renewable diesel news might actually be something to keep an eye on.