The stock market reacted badly to a decent earnings report.

Shares of fledgling healthcare company Livongo Health (LVGO) dropped 43.1% in September, according to data provided by S&P Global Market Intelligence. The company only recently IPO'd on July 25, but it's been a rocky road since then.

September's drop knocked shares down 54.2% from its IPO price. An early October rally was short-lived, and shares are now down 53% since the IPO.

Livongo offers an online wellness platform for those managing chronic illnesses, particularly Type I diabetes. The company hopes to improve clients' health outcomes by collecting data about each user and then prompting them to take some sort of positive action at particular intervals to improve their health outcomes. 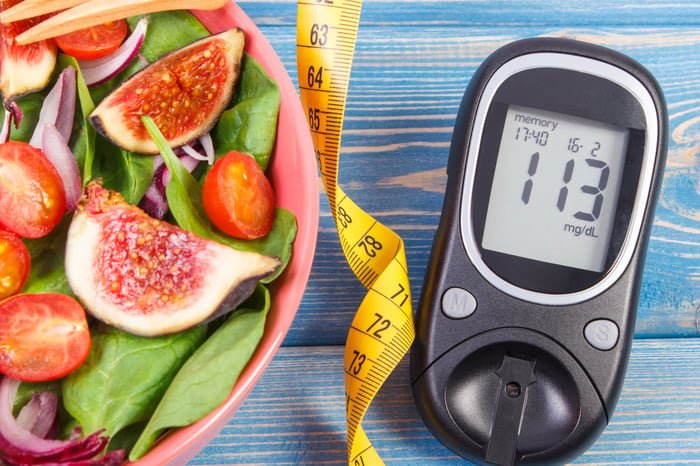 An example of this would be analyzing data on a diabetes patient to find that the patient is reporting high blood sugar readings in the morning, meaning that the patient may be eating too close to bedtime. The platform could prompt the patient to eat far enough in advance of bedtime to help regulate blood sugar. Livongo believes that such a system is more valuable than providing data without context or behavioral prompts.

In order to make this platform profitable, Livongo will need massive growth in its patient base. That appears to be happening, as the company reported in its Q2 earnings report that its flagship Livongo for Diabetes platform saw 140% year-over-year growth, to 192,934 members. That was partly due to an increase in the number of "clients" (i.e. healthcare-providing employers or organizations that offer the Livongo platform as a preventative intervention-strategy option), which rose 92% organically year over year, to 720.

This growth showed up on the company's top line, with 150% revenue growth over the prior-year quarter, to $40.9 million. The company anticipates that in Q3, revenue will increase to between $42 million and $43 million. But that isn't translating to the bottom line, with adjusted earnings before interest, taxes, depreciation, and amortization (EBITDA) in Q2 of negative $8.1 million, which is expected to increase to negative $12 million to negative $13 million.

In early October, Livongo announced that it had been awarded a contract for the Federal Employees Health Benefits Program to offer Livongo for Diabetes to the program's 5.3 million members. Obviously, only a small fraction of them have diabetes, but this is evidence that the company's top-line growth is continuing.

As with many recent IPOs, Livongo is pursuing top-line growth over earnings or cash flow growth. That makes the company an inherently risky bet, but its blockbuster revenue and membership growth is encouraging.

Ultimately, broad acceptance in the healthcare marketplace will be the key to Livongo's success. If you're a risk-tolerant investor, there are worse bets you could make with money you're not afraid to lose, but don't expect this investment to pay off for quite some time.