Please ensure Javascript is enabled for purposes of website accessibility
Log In Help Join The Motley Fool
Free Article Join Over 1 Million Premium Members And Get More In-Depth Stock Guidance and Research
By David Butler - Oct 13, 2019 at 9:46AM

Netflix has to keep the growth story alive. With weak cash flow and markets growing impatient, this week's earnings report might provide some answers for investors.

Netflix (NFLX -1.85%) reports earnings on Tuesday in what some consider to be one of its most pivotal quarters in several years. The market is awaiting the November launch of Disney's (DIS -1.72%) Disney+ streaming service and it marks a significant new challenge to Netflix's dominance among streaming services.

Ahead of that added competition coming online, Netflix needs this week's earnings release to go well. If membership growth for the quarter does not meet or exceed market expectations, the downside potential for the stock will increase dramatically.

All about subscription growth

Proof of increased demand for the streaming service will be a focus in the upcoming report. While the company is profitable, its free cash flow has been increasingly negative as Netflix continues to run up big bills creating its original content and paying for expansion efforts. Free cash flow for the second quarter was negative $594 million. Full-year guidance from Netflix projects free cash flow at negative $3.5 billion. Because of this, demonstrable subscription and revenue growth are all the more important for the company to scale itself into a profitable enterprise. 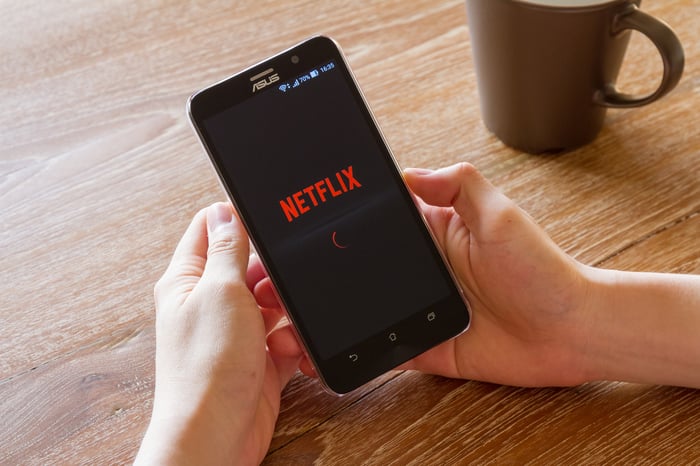 I fall into the camp that believes rising competition from rivals will diminish Netflix's ability to derive new membership growth. Signs of weakness prior to the real ramp-up from streaming competition will only make things worse.

The guidance provided in the second-quarter earnings release suggests earnings will be $1.04 per diluted share. That would mark a 16.8% increase from Q3 2018 earnings of $0.89 per share. Subscription growth rates and subsequent revenue increases weren't as positive. The guidance calls for slowing membership growth, with expectations of 21.6% global growth year over year compared to gains of 25.4% in Q3 2018. Revenue is expected to grow 31.3% year over year to $5.25 billion. That's slower than Q3 2018 revenue growth of 34%. These metrics slowed down in the second quarter as well.

Of course, this doesn't mean that Netflix isn't creating gains. On the contrary; operating margins and earnings are forecast to continue improving. The earnings simply are not nearly close to being able to justify the share pricing. Because of Netflix's high stock valuation, the streaming giant has to keep producing membership gains that indicate future revenues and earnings will justify paying the big stock price premium now. This disparity is why Netflix shares have been trading down roughly 36% over the past six months.

It will only get tougher

I suspect Netflix will come pretty close to its guidance for the third quarter because the competition hasn't really taken hold yet. Overall, I'm very curious to see what Netflix forecasts for its fourth-quarter results. Disney+ should be up and running by then. Apple will have Apple TV+ launching as well with a $4.99/month price tag. Hulu (majority-owned and wholly operated by Disney) is offering bundling discounts when paired with Disney+ and ESPN+ to further undercut Netflix, all while amassing a huge content library. Amazon is also in contention, but the effects of that service on Netflix has already been priced in.

Netflix cannot disappoint. Current-year estimates have Netflix reporting earnings of $3.20 per share. That would mean the company is trading at roughly 86 times forward earnings, a premium that means Netflix cannot slip up on growth.

Netflix will keep things steady in the short term. As consumers are given more and more options in the streaming industry, growth rates are likely to slow down significantly. And I think the current stock price is still too high. This week's earnings will be pivotal in determining the bull/bear case for Netflix through the end of 2019. The negative sentiment is there right now, and I don't think it would take much to cause another dip.

It's looking like Netflix is finished with its long bull run. The company has been relatively unchallenged in its space. With the advent of multiple new players entering the industry with lower pricing points, Netflix will have a hard time operating the way it has. Disney+, in particular, is a big threat to Netflix (and all the other streaming plans operating or coming soon). Regardless of which way the earnings news takes Netflix stock price, I don't see a buying opportunity coming. Its current high valuation makes it unappealing -- not only on a price-earnings basis as mentioned above but also on an asset basis. Netflix has shareholder's equity of $6.1 billion on the books, and the shares are trading at a market capitalization of around $122 billion. I simply don't see the appeal.