The stock of Vir Biotechnology lost 30% of its value on its first day of trading.

The bankers priced Vir Biotechnology (VIR 6.28%) at $20 a share for its IPO on Friday. There was no demand for the name. 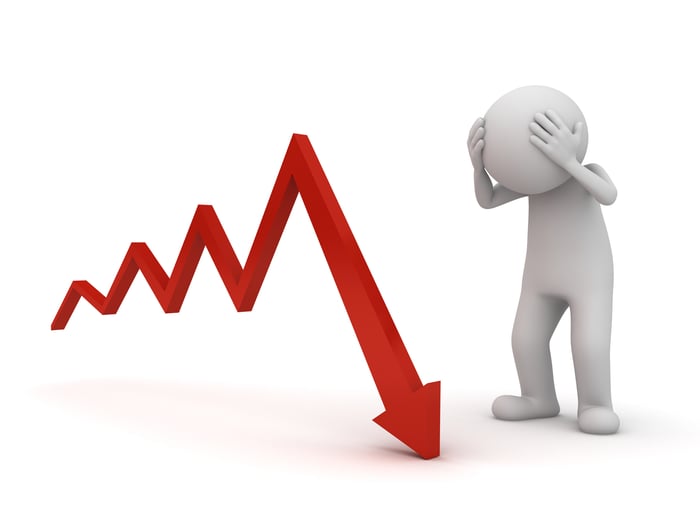 No profits but plenty of optimism

Vir Biotechnology is unprofitable, and it will be years before the company sees any profits. Last year, the company lost $116 million on revenues of $10.7 million. Those are scary numbers. And the market has been skittish of late. So there was no demand for an unprofitable biotech, regardless of how impressive its science might be.

Vir was co-founded three years ago by Robert Nelsen, who is probably the most successful biotech venture capitalist in the world. Nelsen funded Illumina, bluebird bio, Alnylam Pharmaceuticals, Sage Therapeutics, Editas Medicine, and many others, including Juno Therapeutics, Array BioPharma, GRAIL, and Sana Biotechnology. Nelsen is an outside-the-box thinker who likes to make big bets on revolutionary medicine.

In 2016, Nelson had a novel idea. The biotech industry is spending billions of dollars using genetic sequencing to attack cancer. What if we start using this information to solve the problem of infectious diseases? Maybe using genetic information, we can find a way to wipe out hepatitis, HIV, and the flu once and for all. Vir Biotechnology was started to do just that.

Nelsen and his firm, Arch Venture Partners, invested $150 million in the start-up. Similar large investments were made by Softbank's Vision Fund and the Bill and Melinda Gates Foundation. George Scangos, the former CEO of Biogen, was recruited to head up the company. Scangos is widely respected in the industry. He's the man who turned Biogen around.

While Vir has only been around for three years, it has been on an acquisition spree. Vir has a hepatitis B drug in phase II trials (acquired from Alnylam). The company believes this molecule might be a functional cure for the disease. Vir also has drugs for the flu, HIV, and tuberculosis. The company's mission statement is "a world without infectious disease."

Of course, Vir is not the only company seeking cures for these diseases. It's racing against another biotech, Arrowhead Pharmaceuticals (ARWR 3.32%), which also has a hepatitis B drug in early clinical trials. Arrowhead's market cap is now more than $3 billion, thanks in large part to its collaboration with Johnson & Johnson. It's too early to say which drug will win. Perhaps the stock market has jumped to a conclusion.

2019 has been a brutal year for a lot of high-profile IPOs. Uber was spanked by the public markets (down 28%); Slack Technologies is down 32%; SmileDirectClub is negative 33%. WeWork leaders were so terrified they pulled its IPO altogether, in part due to a weak IPO market but also due to company-specific turmoil. That's a lot of bearish pessimism. And remember, both Slack and SmileDirectClub have fantastic revenue growth. Vir Biotechnology, like a lot of biotechs, does not have fantastic revenue growth. It has no revenues at all, as its drugs are still in clinical trials.

Biotechs do not trade like other stocks. Small-cap biotechs often have no earnings, so there's no P/E ratio, and they often have no revenues, so there's not even a P/S ratio. Good news in a drug trial can double or triple your money overnight -- and bad news can crater your investment just as quickly. The stocks trade on fear and optimism. And it's been a bad year for a lot of companies with impressive science. MeiraGTx (MGTX 5.36%) is down 50% off its highs, and bluebird bio is down almost 70% from its highs.

IPO investing can be volatile and highly unpredictable. It's dominated by traders, not by long-term investors. So while a lot of people might say that Vir Biotechnology had a "broken IPO," that's a superficial and unhelpful analysis. The company successfully raised the $143 million it wanted to raise. Because of fear, panic, and short-selling, individual investors can now buy shares of an attractive biotech for a much lower price than the billionaires were paying.