Sometimes it's outsiders who make the biggest waves in life, and that can be equally true in the business world. While some think earning the praise of Wall Street analysts is the sign of a great stock, there are also examples of extraordinary investment gains coming from off-the-beaten-path companies not covered as much by Wall Street.

Often, analysts don't cover companies with heavily invested founder-CEOs who have high inside ownership and run things in their own unique way. Many such owners choose a low profile, allowing them to run their businesses for the long term while eschewing Wall Street's obsession with quarterly earnings. William Thorndike's great book The Outsiders profiled eight such CEOs -- a list that included Warren Buffett.

Three such companies in today's investing world are Ubiquiti (NYSE:UI), AMERCO (NASDAQ:UHAL), and Super Micro Computer (NASDAQ:SMCI). Here's why these hidden gems should be on your radar, even if they're not on Wall Street's. 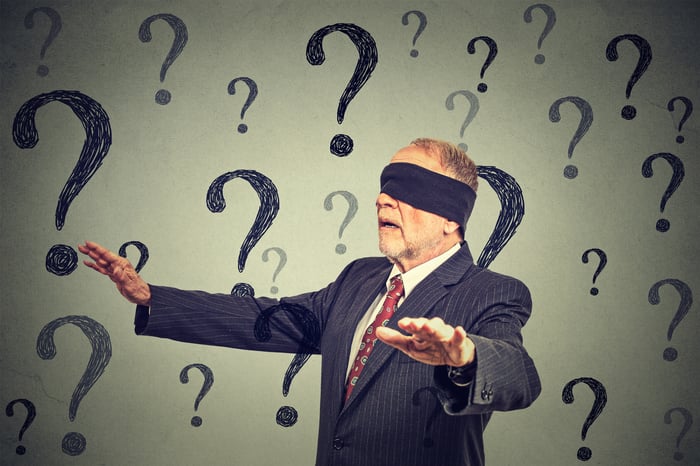 Ubiquiti sells networking equipment for wireless internet service providers (WISPs), with its airMAX and airFiber lines, and for enterprises, with its UniFi line of access points, switches, and routers. In recent years, Ubiquiti has also unveiled mesh Wi-Fi routers for consumers under its AmpliFi line.

While hardware is generally thought of as a subpar performance business, Ubiquiti generates software-like margins. In the past 12 months, Ubiquiti has achieved 35.5% operating margin and a shockingly high 155% return on equity, while employing very little net debt. That's because Ubiquiti is run by an unconventional CEO in Robert Pera, who still owns a huge 56.3 million shares out of the roughly 70 million shares outstanding -- over 80% of the entire company.

Pera developed Ubiquiti to run without a conventional large sales force, relying instead on its community forum, where fans and customers interact directly with members of Ubiquiti's research and development team. That saves a huge amount of money and also speeds up the time to market for new products and improvements. Pera himself is a former Apple engineer and emphasizes hiring all-star engineers -- though the company hires very few of them. It also helps that Ubiquiti lacks high executive compensation: Pera takes $0 in salary. These structurally lower operating expenses allow Ubiquiti to undercut competitors on price by a wide margin, yet still deliver high-quality, well-designed products at healthy operating margins. 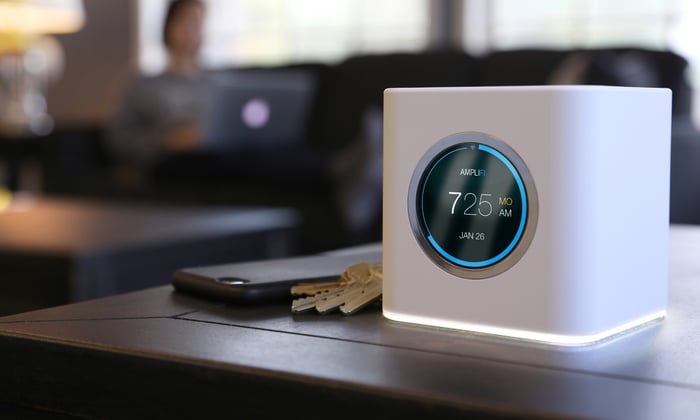 Nevertheless, skeptics around Ubiquiti's business abound, and the company still has a short interest of about 2.86 million shares -- over 20% of the remaining float not owned by Pera. Most Wall Street analysts have perpetually underrated Ubiquiti's prospects, not believing that the company could maintain its sky-high margins over the long term. Pera has not always had the best relationship with Wall Street; in fact, he actually stopped hosting quarterly conference calls last year.

However, those who've invested alongside Pera have done quite well over the long term. In the past five years, Ubiquiti has nearly quadrupled the return of the overall market, despite a big pullback in the stock over the past few months: 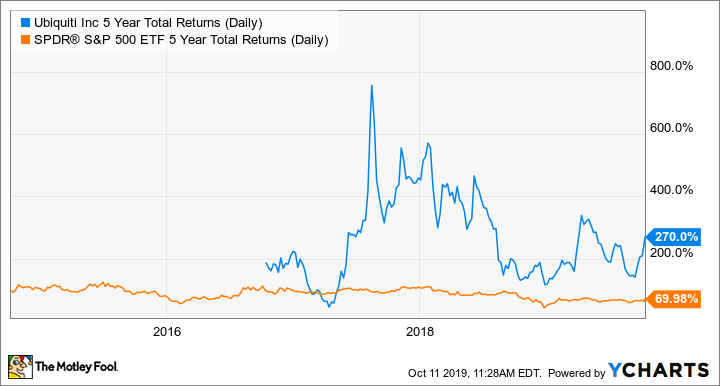 Some may be uncomfortable investing in a company that doesn't communicate with public shareholders. But as the company continues to aggressively repurchase shares, raise its dividend, and introduce new products at a rapid clip, now may be a good time to check out this overlooked stock after its recent swoon.

You may not recognize the name AMERCO, but you probably recognize the U-Haul brand. AMERCO is the parent company of U-Haul, the leading U.S. brand of rental moving trucks and trailers. While AMERCO gets a majority of its revenues from truck rentals, over the past few years it's also added major expansion into the self-storage business, by both acquiring and organically developing self-storage units it can cross-sell with its moving trucks. AMERCO also has a small property and casualty insurance business, and a small life insurance business.

The company is run by chairman and CEO Edward J. ("Joe") Shoen, who owns a whopping 42.6% of shares outstanding, as one of the sons of founder Leonard S. Shoen.

Shoen has grown U-Haul to unprecedented heights, with a dominant share of the moving-truck rental business. Yet he doesn't enjoy talking to Wall Street analysts, and only one analyst covers the company. This may be due to a nasty family squabble. Joe Shoen and some of his siblings wrested control of AMERCO from their father in the 1980s, which was followed by decades of accusations and lawsuits.

However, Shoen and top managers do something quite familiar to outsider CEOs -- they host an annual investor day, in which management takes curated questions from shareholders for a good hour, in what resembles a mini-version of Warren Buffett's annual meetings at Berkshire Hathaway.

Amerco's share price has been stagnant over the past few years, due to the company's declining operating profits, even while it has grown revenue. However, the profit-margin pressure has been due largely to the company's aggressive investments in growth. As a renter of trucks and self-storage spaces, AMERCO achieves more profit the more these assets are used. However, as it rapidly adds storage locations and trucks in new markets, those new assets aren't occupied or used as much in the early years, so high depreciation costs have eaten into profits. Yet once the company slows its expansion and its assets achieve greater utilization, profit should follow the growing revenue.

In other words, there's a good case to be made that AMERCO's true earnings power is being masked by its long-term investments. Still trading at just 19.5 times earnings (which are depressed), AMERCO could well see an earnings surge once it harvests those investments.

Finally, shares of server company Super Micro Computer have been overlooked by Wall Street. That's probably for a good reason, though: They've been delisted.

Yes, Super Micro Computer (which does business as Supermicro) saw its stock fall in 2018 due to a double whammy of scandals. In August 2018, it was delisted from the Nasdaq, due to a failure to produce accurate audited financial reports for prior years. And in October 2018, it was the subject of a Bloomberg Businessweek article alleging that its servers had been hacked by China's intelligence agencies. The stock currently trades over the counter.

Many mutual funds and index funds aren't allowed to own delisted shares, so many investors abandoned the stock, with Super Micro's shares plummeting after each bad headline.

However, there's reason to think the company can emerge from both scandals stronger than ever. Management has resolutely stated that its flawed financials are entirely to do with the timing of accounting for sales near the end and beginning of each quarter going back years, but that every sale that the company recorded was valid. In other words, the company wasn't covering up lost sales, just accounting for many in the wrong periods.

Super Micro sells to hundreds of customers across the world and thus had to correct hundreds of badly recorded transactions over multiple years -- a process still underway. However, the company has a new chief financial officer. And it has submitted prior-year statements to auditors for a final audit, with no expected restatements of total cumulative revenue and cash flow.

The charge that Super Micro Computer had been hacked by China is ironic, as it assembles its servers mostly in the U.S., the Netherlands, and Taiwan. However, some of the parts that go into its server systems had come from China. After the Businessweek piece, the company conducted its own audit and hired a third party to investigate. That third party found no evidence of any hidden hardware chip embedded by an outside party. Super Micro also moved all production out of China recently, just for good measure.

In addition, Super Micro customers Apple and Amazon also refuted the story, with Apple CEO Tim Cook actually calling for Businessweek to issue a retraction -- quite a confident move, which shows the story was likely flawed.

In any case, Super Micro hasn't seen its customers flee. The company is still reporting unaudited results for revenue, adjusted earnings per share, and cash and debt levels, and still hosting conference calls with the small handful of analysts who cover the company.

These estimated results have been impressive. Over the course of the last year, Super Micro has shown resilient revenue, even in a downturn for the server industry. Last quarter, the company reported revenue estimates above its previous guidance and adjusted EPS of between $0.57 and $0.61. Annualizing that figure yields $2.36, which at the current price of $19 would make the stock trade at a price-to-earnings ratio of around 8.

The company's cash flow generation has been even better. Over the past year, Super Micro has improved its balance sheet from net debt of $22.1 million to net cash of $236 million. That roughly $250 million in cash generated this year is about one-quarter of the company's market cap, meaning Super Micro essentially has a price-to-cash-flow ratio of 4.

Like the other companies mentioned, Super Micro has high inside ownership. Charles Liang and Sara Liu, a married couple who are co-founders and current executives, own roughly 18% of Super Micro's shares, so they too are invested in the company's ultimate success.

While Super Micro Computer no doubt carries risks -- it still hasn't had prior-year financials approved -- there doesn't appear to be anything wrong with its underlying business, or any clear evidence that its servers were hacked by the Chinese. But since these problems have arisen, Wall Street has abandoned the stock, making shares of this growth business look very cheap indeed.