Please ensure Javascript is enabled for purposes of website accessibility
Log In Help Join The Motley Fool
Free Article Join Over 1 Million Premium Members And Get More In-Depth Stock Guidance and Research
By Evan Niu, CFA - Oct 16, 2019 at 8:30AM

The search giant has unveiled a set of true wireless earbuds, but don't expect to stuff any stockings with them.

It was pretty obvious that truly wireless earbuds were going to be all the rage this holiday shopping season. Apple (AAPL 4.08%) had refreshed its category-defining AirPods early this year. Last month, Amazon.com (AMZN 3.66%) unveiled its Echo Buds, which ship at the end of October. And just a couple weeks ago, Microsoft (MSFT 2.76%) took the wraps off its Surface Buds, which are set to ship at some point later this year.

With that backdrop, expectations were running high for Google's hardware event yesterday. The Alphabet (GOOG 4.16%) (GOOGL 4.20%) subsidiary indeed announced new Pixel Buds, but the search giant will be missing out on the busy holiday shopping season. 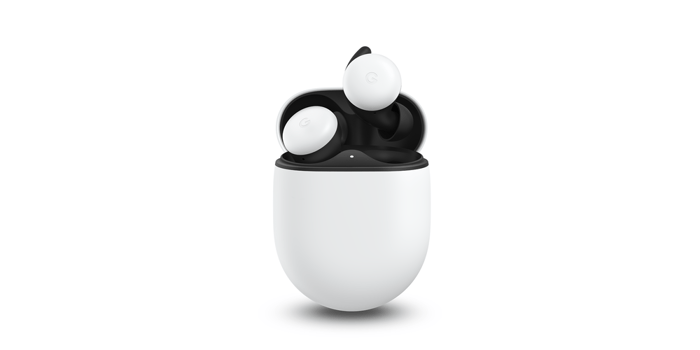 Google officially showed off the second-generation Pixel Buds at its event. The new Buds ditch the tether that previously connected the two earbuds on the first-generation version in order to qualify as truly wireless. The earbuds themselves have been completely redesigned for better fit and offer hands-free access to Google Assistant with the familiar "Hey Google" command.

Pixel Buds 2 use an in-ear design to isolate noise. There is no active noise cancellation, but the earbuds will instead use adaptive sound to dynamically adjust the volume based on ambient environmental conditions. Of the wireless earbuds mentioned above, only the Echo Buds feature some form of noise-cancellation tech. Amazon is incorporating Bose's best-in-class algorithms for active noise reduction. Apple is rumored to have noise-canceling AirPods 3 in the works.

New Pixel Buds have been designed with you in mind: truly wireless, rich sound, clear calls, and an amazingly comfortable and stable fit. #madebygoogle #pixelbuds pic.twitter.com/veXoqq22W3

Google is using long-range Bluetooth that the tech company says will allow Pixel Buds 2 to stay connected for about 100 yards away when outside, or three rooms away when inside. The earbuds are sweat- and water-resistant and offer five hours of battery life on a single charge, with the wireless charging case bringing total battery life up to around 24 hours.

In terms of pricing, Pixel Buds 2 will cost $179, compared to $199 for AirPods (with wireless charging case), $130 for Echo Buds, and $249 for Surface Buds. However, the product won't ship until spring 2020, so Google is essentially pre-announcing the device in hopes that prospective buyers will forego buying a competing set of wireless earbuds over the holidays.

That's a bit disappointing, especially considering how long Google has had to develop the earbuds. The company launched the first Pixel Buds two years ago, and it's not exactly a mystery how popular AirPods are. By the time Pixel Buds 2 ship, it will be over three years since Apple first started selling AirPods.

Earworn wearables ("hearables") are one of the fastest-growing product categories and represented nearly half of the entire wearables market in the second quarter, according  to IDC.