It's no mystery that iRobot's (NASDAQ:IRBT) flagship Roomba robotic vacuum cleaners (RVCs) have endured an onslaught of new competitors in recent years, both from little-known upstarts and traditional upright-vacuum industry leaders alike. And that's a good thing, according to iRobot executives, who have repeatedly insisted that -- more than anything -- the ramp up in competition serves to validate the long-term viability of the robotic-vacuum market.

But that competition must also be fair, particularly as it pertains to the intellectual property stemming from iRobot's outsized focus on research and development. As such, iRobot has no qualms with enforcing its patents through litigation, if need be.

To that end, late Tuesday, iRobot dropped its patent hammer on SharkNinja, filing a motion for a preliminary injunction ordering the company to halt sales and distribution of its new Shark IQ Robot vacuum. 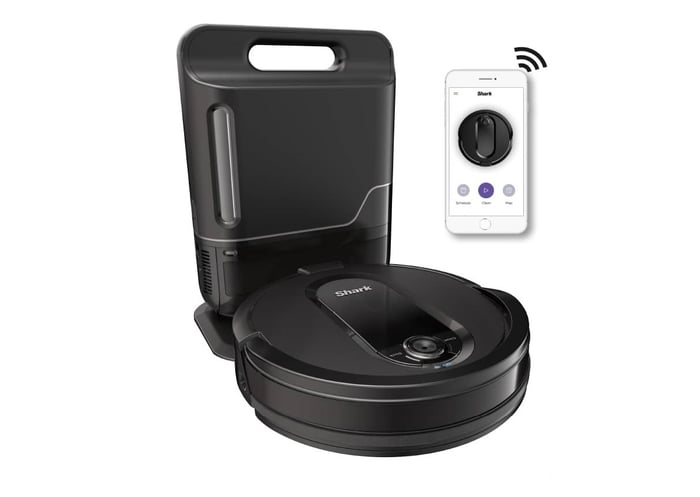 Incidentally, iRobot stock plunged exactly one week ago after Raymond James analyst Brian Gesuale downgraded its shares on concerns over competition. In his note to clients, Gesuale specifically singled out the threat of cheaply priced RVCs from Shark hurting iRobot's brand and pricing power heading into the lucrative holiday season.

iRobot's move is hardly surprising, however, considering the recently launched self-emptying Shark IQ Robot bears a striking resemblance to iRobot's own self-emptying Roomba i7+ vacuum, which launched just over a year ago).

It's also worth noting the Roomba i7+ isn't robot's highest-end RVC anymore. Rather, that title goes to the Roomba s9+, which not only boasts improvements such as 30% wider rubber brushes and a new 3D sensor to improve navigation, but also works together to coordinate cleaning duties with iRobot's new Braava jet m6 floor-mopping robot.

Nonetheless, the i7+ should be capable of generating its own significant revenue stream for iRobot by reaching consumers searching for a middle-of-the-line RVC product -- and that stream is something Shark's cheaper IQ Robot was obviously built to disrupt.

In particular, iRobot says its preliminary injunction revolves around the Shark IQ's violation of three patents: one involving "selected room cleaning" technology," another for its "recharge and resume technology with mapping," and the third for its self-emptying "auto-evacuation technology." iRobot also filed a separate complaint alleging Shark is infringing on three additional patents for core features distinguishing the Roomba i7+'s "roller technology and modularity."

"As demonstrated by our victory at the ITC last year, iRobot takes strong measures to protect our intellectual property and the hard work of our engineering teams," wrote iRobot executive VP and Chief Legal Officer Glen Weinstein. "We will not stand by while our technology gets brazenly ripped off, and we will continue to vigorously defend our innovations both in the U.S. and abroad."

In the end, it remains to be seen whether this timely complaint will be enough to ease bearish investors' concerns over iRobot's competitive position. But assuming iRobot's patent allegations are once again merited, it should serve to help level the playing field, at the very least.