Eidos Therapeutics (NASDAQ:EIDX) has escaped being swallowed up by its parent company, BridgeBio Pharma (NASDAQ:BBIO). BridgeBio owned 54.5% of Eidos when the latter went public in June 2018; that number grew to 61% by the end of 2018 and has reached 66% today. Thus, the two companies -- run by the same CEO, Neil Kumar -- have a symbiotic relationship. 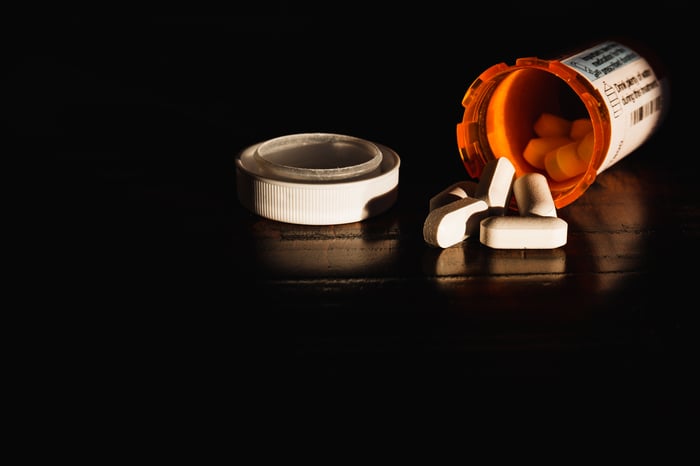 AG10, Eidos' sole drug candidate, targets the manifestations of a rare disease called transthyretin (TTR) amyloidosis. Transthyretin, an abundant protein that transports thyroxine and retinol, can become misfolded due to genetic or environmental factors. Misfolded proteins often clump together, causing toxic aggregates. When misfolded TTR accumulates in the heart, it causes cardiomypathy (heart disease); TTR aggregation can also lead to polyneuropathy, which damages peripheral nerves. AG10 stabilizes the TTR protein to prevent it from misfolding into a toxic conformation.

Eidos management claims that roughly 500,000 people worldwide have TTR cardiomyopathy, a progressive and fatal disease. Pfizer (NYSE:PFE), which gained approval in May for Vyndaqel and Vyndamax as treatments for TTR cardiomyopathy, says the prevalence in the U.S. is about 100,000. However, be cautious: Pfizer claims that only 1% to 2% percent of TTR cardiomyopathy patients are ever diagnosed, and the commercial opportunity is dependent on diagnosis. Pfizer will likely undertake a robust awareness campaign to drive awareness, which may increase the diagnosis numbers. Eidos, if its drug is approved, can piggyback off this greater awareness among physicians. Approximately 10,000 people worldwide are currently afflicted with TTR cardiomyopathy, particularly in Japan, Portugal, and Sweden.

A pivotal clinical trial is under way

In April, Eidos kicked off a 510-patient phase-three clinical trial for patients with TTR cardiomyopathy. Patients will receive either oral AG10 or a placebo for 12 months and then be evaluated according to the change in the distance they can walk in six minutes. The second part of the trial will then continue for up to 30 months to determine mortality from all causes and the frequency of cardiovascular-related hospitalizations. Results are not expected until 2021.

An interim analysis of the ongoing phase-two trial has been chosen as a late-breaking feature presentation for the American Heart Association 2019 Scientific Sessions, set for Nov. 16. This will give investors an indication of AG10's efficacy. Promising results could boost the enrollment in the phase-three trial, as doctors may recommend the trial as an option to their patients. (That said, keep in mind that patients will be choosing between receiving one of Pfizer's recently approved drugs or entering a clinical trial in which they may receive either a placebo or AG10, which has yet to prove its efficacy.)

Eidos boasts a market capitalization of $1.3 billion. That's lofty, but not unheard of, for a company with a single, late-stage product. BridgeBio's 66% stake will provide some stability. Further, Alexion Pharmaceuticals (NASDAQ:ALXN) bought a $25 million equity stake at a premium last month as part of an exclusive license for rights to AG10 in Japan. Eidos will also receive $25 million in cash and will receive milestones and double-digit royalties.

Beyond November's phase-two data presentation and the start of a phase-three trial in TTR polyneuropathy by the end of 2019, things should be rather quiet for Eidos from now through 2020. The latter trial, which is enrolling patients now, will not have results until 2021; the same goes for the polyneuropathy trial. The company has enough money to get to the primary endpoint for the first phase-three trial, obviating the need to enter into a partnership before the results are known.

As a single-asset company with a majority shareholder, Eidos will likely be sold if the phase-three trial in TTR cardiomyopathy is positive. Until then, management must focus on execution and getting the trials completed. Existing investors will need to sit tight while new investors may want to hold off for a year as the major catalysts arrive in 2021.