Investors should brace themselves for more difficulties coming toward the ride-hailing service.

The current year hasn't been kind to tech IPOs. While investors and analysts held their collective breaths for these highly anticipated events, the market was quick to pour cold water on the hype.

Arguably the biggest IPO of all was that of Uber Technologies (UBER -4.61%), and the ridesharing giant didn't escape the apocalypse. Just a little over five months after it went public, the company's stock is down by about 32% from its $45 IPO price. It may be tempting to think things can only get better for Uber, but there are several reasons they could actually get much, much worse.

Uber and its rival ridesharing app Lyft were expected to become the next big thing, joining a short list of top growth stocks and beloved market darlings. But that status needs to be earned, and one of the best ways for a company to do so is to display strong top-line growth -- or, for those like Uber that aren't yet profitable, a clear path to profitability (or both).

Unfortunately, Uber isn't doing either. During the company's latest reported quarter -- the second quarter of 2019 -- Uber's revenues increased by 14% year over year on the back of a 35% increase in number of trips. These metrics aren't bad, but they aren't as stellar as one might have hoped, especially when considering Uber's revenues only increased by a measly 2% sequentially. 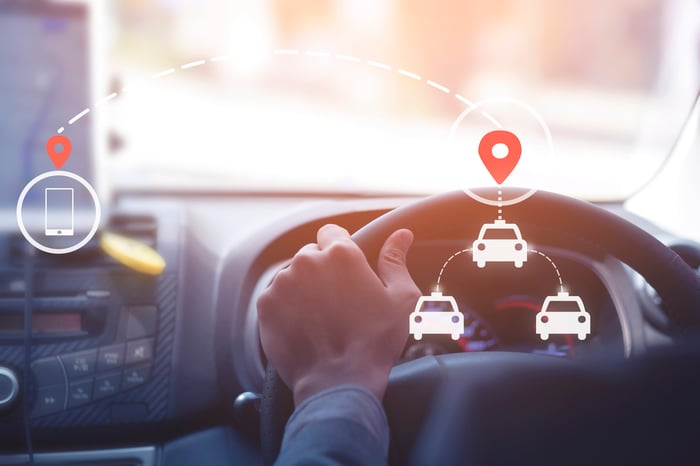 Here's another perspective to consider that explains why investors aren't impressed with Uber: Lyft's active rides during the second quarter grew by 41% year over year, and its revenue soared by 72%. Uber's progress seems mild in comparison.

On another negative note, Uber is losing money faster than anyone expected. During the second quarter, Uber's net loss was about $5.24 billion, a significant drop from the not-so-flattering $878 million net loss it recorded a year ago. Uber's leading status in the growing and highly lucrative ridesharing industry will not be enough to keep it afloat forever. Unless the company can deliver better financial results, things will only get worse.

More bad news for Uber recently came in the form of a bill that recently made its way through the legislative process in the Golden State. The piece of legislation dubbed Assembly Bill 5 (AB5 for short) looks to redefine what constitutes an independent contractor versus an employee. Obscure legal details aside, Uber's drivers would be considered employees under this new law, and that obviously has far-reaching consequences for the ridesharing giant. Among other things, Uber might have to offer its drivers such perks as a minimum wage and sick days.

While that might be great for the drivers, the company's margins and bottom line would almost certainly suffer. But California isn't the only state enacting such measures. New York City recently passed a piece of legislation requiring ridesharing companies to pay their drivers a minimum wage and limit the number of drivers on the road. Other states could eventually follow suit, which would make things even more complicated for Uber and its peers.

Investors should proceed with caution

A lot could still go right for Uber. Maybe the company will find a way to grow its revenues at a nice clip while expertly navigating these new laws and regulations. But it is important for investors to keep the concerns mentioned above in mind and to watch carefully how things develop in the coming months.