American Water Works (NYSE:AWK) is scheduled to release its third-quarter 2019 results after the market closes on Wednesday, Oct. 30.

Shares of the largest publicly traded U.S. water and wastewater utility have returned 36.7% in 2019 through Oct. 18, gushing past the S&P 500's 21.1% return. Water utility stocks in general have been having a strong year, thanks in part to investors' fears of a recession and declining interest rates. Shares of Aqua America and American States Water, the industry's second and third largest companies by market cap, have returned 38.6% and 42.1%, respectively, so far this year. 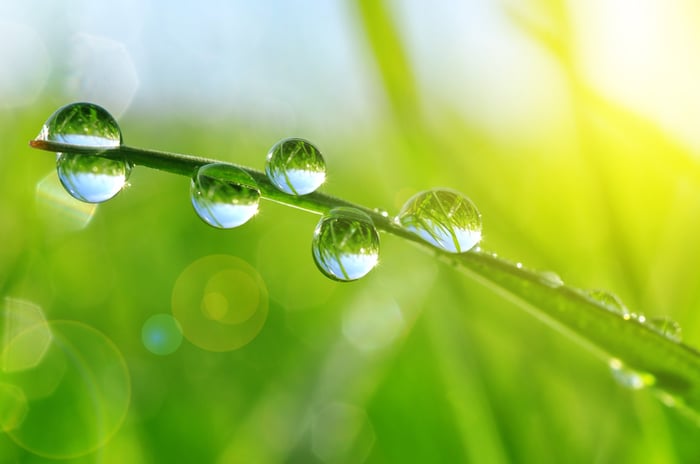 American Water is barreling toward its earnings release on a solid note. Last quarter, both its revenue and adjusted EPS rose 13% year over year, with its earnings slightly beating the Wall Street consensus estimate.

Investors should watch American Water's operation and maintenance (O&M) efficiency ratio. This ratio, which is for the trailing one-year period, reflects how well the company is controlling costs in its regulated business. The lower the ratio, the better.

On the earnings call, analysts are likely to ask management about the company's recent bid for the water and wastewater systems owned by JEA. The Jacksonville, Florida-owned utility provides electric, water, and wastewater services to portions of the northeast part of the Sunshine State. American Water's bid became public knowledge earlier this month, when a spokesperson confirmed the company was one of the then-undisclosed bidders. On Monday, JEA revealed the names of the companies that have made the initial cut to proceed to the negotiation stage; American Water is one of them.

Investors can probably expect the company to once again reaffirm its previously issued full-year 2019 earnings guidance. Last quarter, American Water reaffirmed its 2019 adjusted EPS guidance of $3.54 to $3.64. That represents growth of 7.3% to 13.3% year over year.