Please ensure Javascript is enabled for purposes of website accessibility
Log In Help Join The Motley Fool
Free Article Join Over 1 Million Premium Members And Get More In-Depth Stock Guidance and Research
By Prosper Junior Bakiny - Oct 20, 2019 at 6:55AM

The Libra project's Achilles' heel may be hiding in plain sight.

Facebook's (META -2.57%) project to establish a digital currency -- which will go by the name of Libra -- is officially underway, but the much-talked-about multi-million dollar initiative has already had more than its share of hiccups. Earlier this month, PayPal became the first company among the original 27 founding members of the Libra association to pull out. More prominent companies followed PayPal's lead and exited the project, including eBay, Visa, and Mastercard.

While upward of 20 companies are still part of the project, losing about a quarter of the original 27 at the outset isn't the best way to kick off a venture of this magnitude. And the most important issue Libra might face moving forward may be the company at the center of it all: Facebook itself. 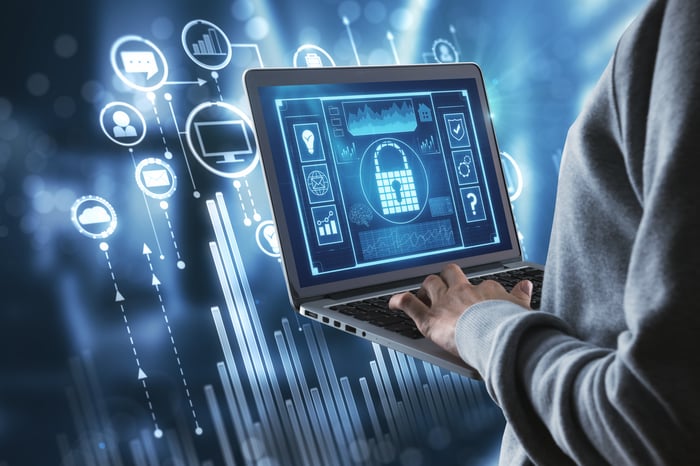 What Libra is all about

The Libra initiative sounds noble and altruistic, at least in theory. According to the project's official white paper, over 1 billion people worldwide do not have access to traditional banks or other financial services that most of us take for granted, despite these same people being the most in need of such services. The solution to this "unbanked" dilemma, so the argument goes, is to create a global digital currency that would facilitate these unbanked individuals being able to make financial transactions with institutions, retailers, and individuals simply, cheaply, and effectively through their computers or, more likely, their smartphones. The official mission of Libra says the organization wishes "to enable a simple global currency and financial infrastructure that empowers billions of people."

It's a complicated proposal and there are still many details to work out regarding its administration, what regulations would control it, and what efforts would be made to protect against fraud and abuse.

Why Facebook isn't the right company to lead this project

Any endeavor that even remotely resembles the Libra project would likely invite a ton of scrutiny. The fact that Facebook is leading the initiative, though, only encourages increased scrutiny, for two major reasons.

First, the company doesn't have the best of reputations when it comes to handling private data responsibly.

Last year, Facebook faced severe backlash after it was discovered that a third party had gained access to private information on millions of Facebook users. Sure, the tech company might argue that no such thing could happen once Calibra -- the name of the digital wallet that will support Libra -- is up and running. Facebook went as far as to reassure the public in a press release: "When it launches, Calibra will have strong protections in place to keep your money and your information safe. We'll be using all the same verification and anti-fraud processes that banks and credit cards use, and we'll have automated systems that will proactively monitor activity to detect and prevent fraudulent behavior."

Still, besides the fact that privacy concerns are always considered hot-button issues, when such promises come from the company that received the largest-ever fine imposed by the Federal Trade Commission for violating privacy rights, they are even more likely to fall on deaf ears. Back in August, several data protection officials from around the globe released a joint statement voicing their concerns over the Libra project and the potential it raises for the mishandling of private data.

Second, Facebook is already under a lot of scrutiny as the Department of Justice recently launched an antitrust investigation into the social media giant and other tech companies. Facebook hardly needs even more investigation into its operations, which is precisely what this ambitious project would necessitate.

While the Libra project is still in its early stages, Facebook should tread carefully, as any slip-ups could damage the reputation of the company even more. Facebook has come out of its troubles mostly unscathed so far, but handing government officials more reasons to impose fines or stricter restrictions could have negative, long-lasting consequences, both for Facebook and its shareholders.