Please ensure Javascript is enabled for purposes of website accessibility
Log In Help Join The Motley Fool
Free Article Join Over 1 Million Premium Members And Get More In-Depth Stock Guidance and Research
By Taylor Carmichael - Oct 21, 2019 at 11:31AM

Earlier this month, Goldman Sachs suggested that we should sell CrowdStrike (NASDAQ:CRWD), and then Citigroup said the same thing. Sell! Sell! Sell! The market did just that. Shares slid by almost 10% following these analysts' notes.

A couple of bankers said some mean things, and almost a billion dollars disappeared. Wow. 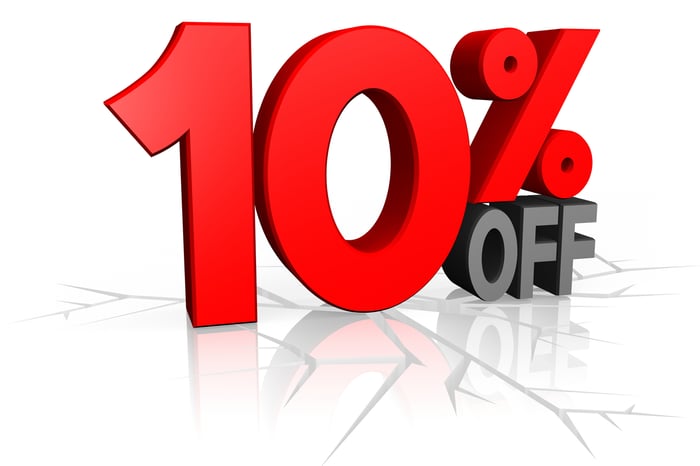 The analysts had two key reasons for their bearish take on the stock. Here are those reasons -- and why they're likely wrong.

1. Goldman Sachs: The stock is overvalued

The analyst at Goldman, Heather Bellini, was simply making a valuation call. She says CrowdStrike is "uniquely positioned to continue to take market share," in cyber-security. But the stock is just too expensive, she argues.

I agree with the analyst that the shares are expensive. Anybody who buys CrowdStrike wishes it was cheaper. We can all see how high the multiple is. But the high price is entirely rational based on the astronomical revenue growth. If the share price doesn't budge for a couple of quarters, the company is going to be positively cheap, because it's growing revenues so fast.

Citigroup also took a whack at CrowdStrike -- and this one hurt. The analyst for Citi also said the valuation was too high. But he gave an additional reason for selling CRWD: He thinks investors should buy cyber-security company Okta (OKTA 6.17%) instead.

The Rule of 40 is a quick and dirty method that venture capitalists use to put a value on fast-growing and unprofitable SaaS companies. The math is simple -- you add the revenue growth to the profit margin. If that number is over 40, you have a strong company. Based on this metric, you shouldn't sell CrowdStrike and buy Okta. Indeed, you might want to do the opposite.

CrowdStrike's revenue growth is phenomenal. It's growing almost twice as fast as ZScaler or Okta. You shouldn't ignore this difference or belittle it. Top-line growth is very important. And we have a clear winner.

What about profit margin? It's equally important. And all three companies have bad numbers here. All three of them are unprofitable. But notice that ZScaler is doing a lot better than the other two. ZScaler is almost profitable. And that's the way it's supposed to work. As your revenue growth slows from 100% to 50% to 40% to 30%, we want to start seeing some profitability. So, Okta is worrisome. This is not to say that Okta is a horrible investment. Numbers are not static. They change all the time. But I certainly wouldn't sell CrowdStrike to buy an unprofitable company that's growing half as fast.

One of my colleagues, Brian Stoffel, recently bought shares of CrowdStrike. He's currently underwater. But I think his analysis is spot-on. It is highly likely CrowdStrike will keep on winning market share. And because of the network effect, other companies are going to have a tough time dislodging it from the top spot.