Here’s what I’m watching for when the e-commerce and cloud giant reports earnings on Thursday.

Amazon.com (AMZN -0.86%) will report earnings Thursday, Oct. 24, at an interesting time for the company and the stock. Though Amazon has been a tremendous winner for investors over the years, the stock has been quite the laggard over the past year or so. While the market is currently very close to a record high, Amazon is over 10% lower than its all-time high all the way back in the late summer of 2018.

Since the stock is reflecting investor concerns, I'll be homing in on a few hot topics in the upcoming report. Amazon is now a sprawling conglomerate encompassing many businesses beyond just its core e-commerce business, so here are the most important aspects I'll be watching. 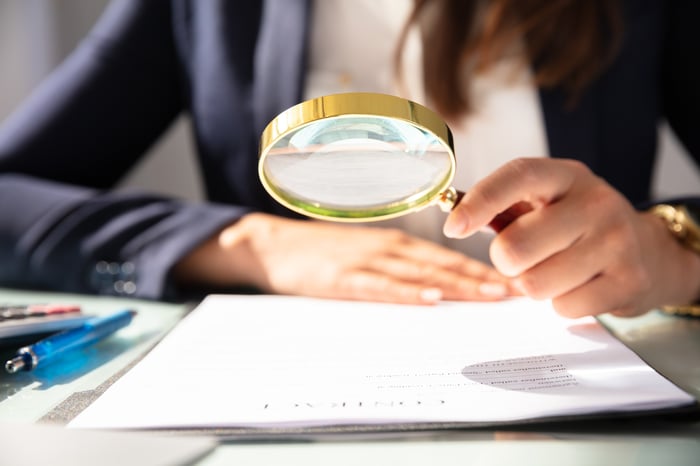 A large part of the reason to own Amazon's stock isn't its e-commerce business, but rather Amazon Web Services (AWS), which made up about two-thirds of Amazon's operating income last quarter. Though AWS makes up only around 13% of Amazon's revenue, its high profitability, sticky recurring-revenue business model, and high profitability make it arguably the company's most valuable segment.

Last quarter, AWS reported 37% growth, which is terrific by itself, but it did mark a significant deceleration from the 49% growth in the year-ago quarter. In addition, operating margin fell from 26.9% to 25.3% year over year. The segment will be coming up against tough comps from the year-ago quarter, in which AWS grew 46% and had an all-time high operating margin of 31.1%.

One shouldn't immediately react to the headline operating margin, however, without listening to Amazon's commentary. Last quarter, management explained that it had invested heavily in AWS, adding significant personnel to its marketing team, and also grew AWS's technical personnel at twice the rate of the overall company. These investments ate into the margin, but Amazon's investments usually pay off in the long run. Therefore, investors should pay attention to management's commentary on AWS's operating margins and investments in addition to the headline numbers.

While AWS had been decelerating, Amazon's more mature North American retail business accelerated last quarter. The company's new one-day shipping initiative helped, and it was recently supplemented by Amazon's decision to add items as low as $1 to its Prime free shipping service.

These new customer-friendly benefits spurred the North American segment to accelerate to 20% growth, up from the prior quarter's 17%. The reacceleration came from both the online stores segment, which accelerated from 12% to 16% growth, and third-party sellers, whose growth accelerated from 23% to 25%.

Investors should watch to see whether that acceleration can continue, or at least if these growth rates can maintain their high levels.

Speaking of third-party sales, Amazon's third-party platform has been under fire recently. In August, an in-depth article in The Wall Street Journal (subscription required) highlighted the proliferation of faulty and/or counterfeit products that come from third-party vendors on Amazon's platform.

If this point comes up on the call, I'll be listening for whether the company is taking steps to police its massive platform. And of course, investors should monitor whether negative publicity affected third-party sales growth.

Finally, I'll also be watching for any commentary around Shipping With Amazon, the company's new initiative to ship third-party goods through Amazon's logistics system. Some believe this new service could pose a threat to FedEx (FDX -0.57%) and UPS (UPS 0.38%). FedEx itself reported quite negative results in its recent earnings release, though there is some debate over how much of the shortfall, if any, can be attributed to Amazon's nascent program, or FedEx's recent decision to cut ties with the e-commerce giant.

Amazon has also begun delivering an increasing percentage of its own packages. According to Rakuten, Amazon has gone from shipping 15% of its packages in early 2017 to around 50% today. On the upcoming release, I'll be watching for any more information regarding how many customers Amazon has picked up for Shipping With Amazon, and also what percentage of packages Amazon is shipping through its own logistics infrastructure.

Taking more shipping in-house should have a positive effect on Amazon's North American margin, but shipping costs accelerated to 36% growth last quarter, ahead of North American sales growth. A lot of that had to do with the one-day shipping initiative, however. Either way, investors should zero in on whether management can break down the puts and takes between the one-day shipping headwinds and vertical integration tailwinds with regard to its shipping costs.