Please ensure Javascript is enabled for purposes of website accessibility
Log In Help Join The Motley Fool
Free Article Join Over 1 Million Premium Members And Get More In-Depth Stock Guidance and Research
By Lou Whiteman - Oct 23, 2019 at 10:31AM

Shares of Resideo Technologies (REZI -3.55%) fell more than 40% on Wednesday after the smart-home and security products company cut guidance, announced a management change, and said it was beginning a comprehensive operational and financial review. With the drop, the company's shares have now lost nearly 70% of their value since being spun out of Honeywell International last year.

Resideo, which sells a range of climate-control, camera, and security products for homes and businesses, on Wednesday reported preliminary third-quarter revenue of $1.22 billion, just shy of consensus, due to a slowdown in its thermostat unit. Resideo cut its full fiscal 2019 revenue growth view to 2% to 4% (from 2% to 5%), saying that the transition to the company's new generation of security products and connected thermostats will take longer than expected. 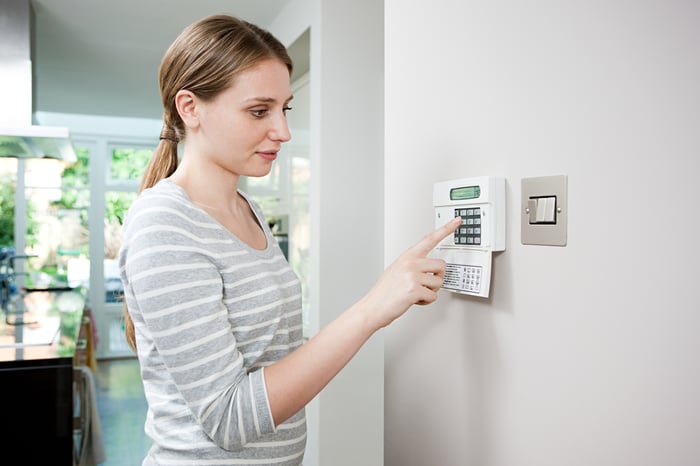 Resideo also announced that Chief Financial Officer Joseph Ragan would leave to pursue other opportunities, with Robert Ryder, previously CFO of Constellation Brands, slated to take over on an interim basis.

Resideo also said it has begun an operational and financial review focused on improving margins and optimizing its footprint. The company said it would provide details of its planned actions and a timeline for the work to be completed when it reports full-year 2019 results in February.

Resideo CEO Mike Nefkens said in a statement announcing the guidance cut and review that "while I am disappointed in our preliminary results for the third quarter, we remain confident in the fundamentals of our business." He might be correct, but there is also likely a reason Honeywell decided to spin Resideo out as part of its attempt to stave off pressure from activists and spark growth.

Some of Resideo's problems can be attributed to the need to streamline and rethink operations now that it is an independent, but the company operates in highly competitive market segments in which margin growth could be a challenge. The business is also somewhat tied to new construction trends and could be pressured if the U.S. falls into a recession.

Resideo shares look cheap following Wednesday's drop, trading at less than 6 times forward earnings. But until there is more clarity surrounding the plans for the business and management is able to demonstrate its ability to meet expectations, there isn't a compelling reason to go bargain hunting.

Why Shares of Resideo Technologies Are Soaring Today