The company is forecasting slowing growth in a "challenging" economic environment.

Shares of 3M (MMM -2.13%) fell more than 5% on Thursday following the release of the diversified manufacturer's third-quarter earnings report. 3M actually generated quarterly earnings that came in ahead of expectations, but investors were more focused on the company cutting fourth-quarter and full-year guidance.

Before markets opened on Thursday, 3M reported third-quarter earnings of $2.72 per share on revenue of $8 billion, beating the $2.49-per-share earnings consensus despite coming in a little light on revenue. The quarter included a $0.14-per-share benefit from the divestiture of the company's gas- and flame-detection business. 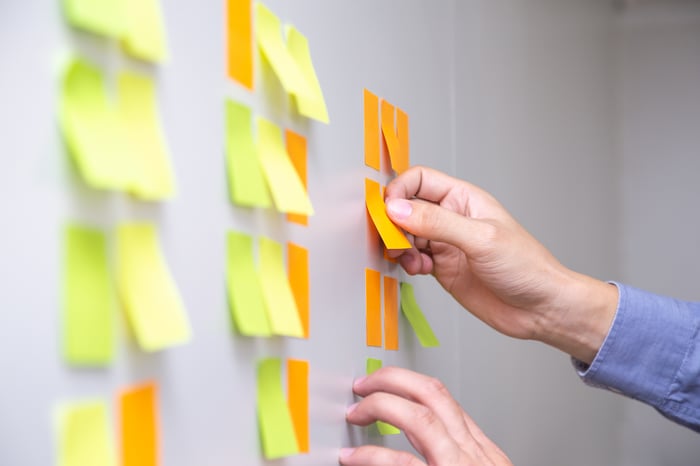 "While the macroeconomic environment remains challenging, we executed well and built on the progress we made in the second quarter," 3M chairman and CEO Mike Roman said in a statement. "We continued to effectively manage costs and reduce inventory levels, while generating strong margins and cash flow."

Investors were more focused on the company's outlook for the current quarter. 3M said it expects fourth-quarter earnings of between $2.05 and $2.15 per share, well below the $2.41 consensus estimate. For the year, the company expects to earn between $8.99 and $9.09 per share, down from previous guidance of $9.25 to $9.75 per share and below expectations for $9.29 in earnings.

3M blamed the guidance cut in part on a negative $0.15-per-share impact from its recently completed acquisition of Acelity.

3M has been a tough stock to own, trailing the S&P 500 by more than 44 percentage points over the past three years. But even with Thursday's decline, the company still trades at more than 19 times earnings, not much of a bargain for an industrial stock in what, as CEO Roman said, is a challenging macroeconomic environment. 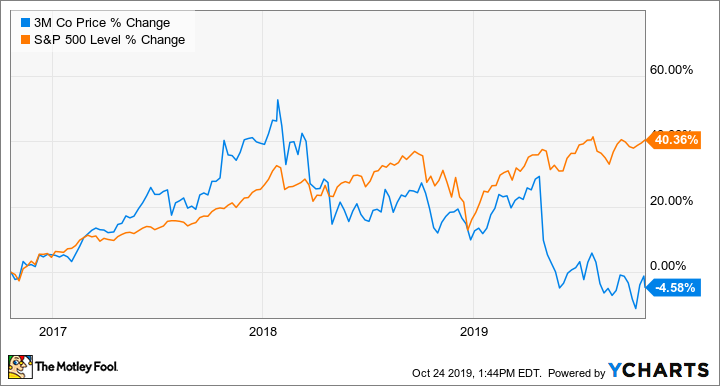 Last spring when 3M bought Acelity, the company's largest deal ever, I worried that it was a sign that 3M's powerful internal innovation machine was slowing. 3M hasn't done much in the months since to reassure that the premium multiple it has enjoyed in the past is still justified.