The company's results show it is managing well through an anticipated slowdown.

Shares of Mohawk Industries (MHK -2.50%) were up 12% on Friday afternoon following the flooring specialist's release of third-quarter results. In July, Mohawk had warned to expect a "difficult" business environment in the second half of 2019, but the third quarter came in a little better than Wall Street's expectations. 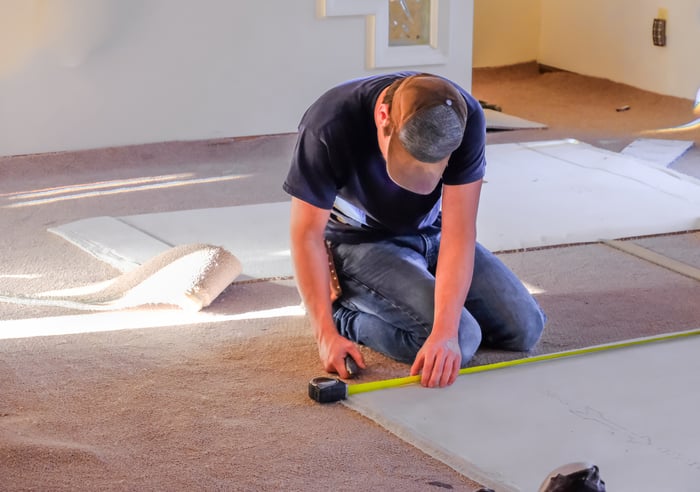 Company chairman and CEO Jeffrey S. Lorberbaum said, "We are not satisfied with our performance," and that the operating environment was largely as he had feared earlier in the year.

"As anticipated, our U.S. businesses presented the greatest challenges during the period given soft retail demand, the impact of [luxury vinyl flooring], a stronger dollar and excess ceramic industry inventories," Lorberbaum said. "Trends in our other major markets weakened, creating a more competitive environment. We expect the present conditions to persist and will further adjust our strategies as needed."

Mohawk is doing a good job generating cash, reporting net cash provided by operating activities of $411.7 million compared to $273.5 million a year prior. And the company put some of that cash to work repurchasing shares, spending about $91 million to buy about 740,000 shares since the beginning of the third quarter.

Mohawk continues to try to adjust its business to changing consumer preferences, revamping its ceramic production to better align it with U.S. demand and ramping up vinyl flooring production. It is also working to expand internationally in markets including Australia, New Zealand, and Brazil.

Friday's move appears to be a classic relief rally. Following the July warning, Mohawk shares were trading as if a recession or a new housing crash was imminent. A slowdown materialized as expected, but the company's ability to manage through it seems to be causing investors to take a fresh look at its shares.

Why Shares of Mohawk Are Soaring Today