The very idea of long-term investing means investors should always be on the lookout for companies that are setting themselves up to succeed for years, not just for a few quarters. While it's an easy concept to understand, it can be harder to follow through with that strategy when a few quarters of bad results come along, or the economy shows signs of slowing down.

However, for investors who buy great companies and hold onto them for years, or even decades, the rewards can be significant. If you're looking for businesses that are well-positioned to pay off for the patient, you may want to consider Walt Disney Company (NYSE:DIS), Okta (NASDAQ:OKTA), and PayPal Holdings (NASDAQ:PYPL). 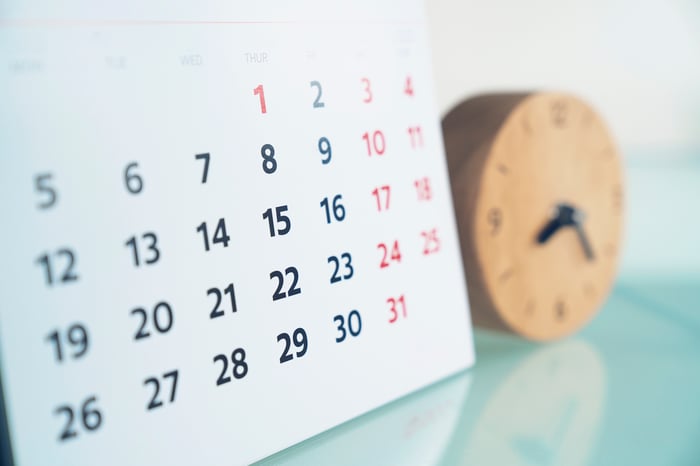 Disney is about to enter a new era of dominance. Between the imminent arrival of the Disney+ video streaming service and its slew of major acquisitions over the past few years, it has put the pieces in place to maintain its position on top of the entertainment world for years to come.

Disney+ will cost $6.99 per month when it launches on Nov. 12, and subscribers to the streaming service will get access to new, original programming as well as all of the classics from Disney's movie vaults. That would have been enough of an advantage for the company to be a strong streaming contender, but it's the media purchases that the company has made over the past few years that really puts this entire video streaming service into focus.

For example, Disney owns Marvel Entertainment, which sits behind the highest-grossing superhero film franchise to date, and it picked up another powerhouse franchise when it bought LucasFilm and Star Wars. As if both of those weren't enough to set Disney up for success in the coming years, the company also recently paid $71 billion to acquire the lion's share of Twenty-First Century Fox's media properties.

For investors looking for a great long-term growth story, consider that with a catalog that deep, and intellectual property that versatile, Disney+ will immediately become one of the most valuable streaming services in a market that's expected to be worth $124 billion by 2025.

Okta is a relatively obscure company from the consumer perspective -- it helps businesses of all sizes protect their websites and data by providing them with cloud-based tools to set up user credentials.

That niche -- the identity and access management market -- is forecast to be worth $23 billion by 2025, and Okta's recent growth shows just how well it's competing. For example, revenue in its last quarter jumped 49% year over year and subscriptions sales popped 51%.

It isn't just growing, though. The company is also doing a good job of fortifying itself against its rivals. Okta's expanding list of high-quality services has encouraged customers to spend more within the company's ecosystem --  its dollar-based retention rate was 120% last year. It's been that high or higher since 2014, which shows how loyal its customers are.

With the company's rapid sales growth, its ability to convince clients to spend more, and its opportunity to benefit from an expanding identity and access management market, there's likely far more room for Okta's business -- and its share price -- to grow.

PayPal is not only one of the leading payment processing companies, it's also making a huge bet that customers and merchants will continue to move more of their financial activity away from physical currency and toward digital payments. And it's that bet that helps earn it a spot on this list of stocks worth holding for decades.

Last year, the global digital payments market was worth $3.4 trillion, and by 2024, that figure is expected to balloon to $7.6 trillion. Those numbers are so large it can be hard to wrap your head around them, but all investors need to know is that everyone from large chains to mom-and-pop stores are adopting digital payments -- and PayPal is perfectly positioned to benefit.

The company already has 286 million active users, up 17% from a year ago. And its total payment volume (TPV) -- the amount of money processed on its platform -- jumped 24% year over year in Q2 to $172 billion.

PayPal has focused much of its attention on Venmo, its popular peer-to-peer payment app. Venmo's TPV skyrocketed 70% in Q2 to $24 billion, and with the company now allowing users to use the app to pay merchants too, TPV should continue to climb.

Finally, PayPal bolstered its position in the global payments market even further recently when it bought a 70% stake in GoPay, a China-based online payment company. This move matters for PayPal not only because China is one of the world's largest economies, but also because it makes PayPal one of the only foreign companies that's allowed to accept online payments in China.

There will be share price ups and downs with any stock, especially if you're holding onto it for years. When a declining time comes, it's good to remember why you bought that stock in the first place, and evaluate whether your investment thesis still holds true. If it does, stay the course, and remember that a portfolio of great companies held for the long haul has a good chance of outpacing the broader market.