Turbocharged by a buyout offer, shares of high-end jeweler Tiffany & Co. (NYSE:TIF) leapt out of the gate this morning, and as of 1 p.m. EDT, sit 31.3% above where they closed trading last week.

As Tiffany confirmed this morning, it has received a letter from rival luxury goods holding company LVMH (OTC:LVMHF) offering to buy Tiffany out for $120 per share, in cash. Tiffany management says it is "carefully reviewing the proposal," but has not yet made any decision to accept or reject the offer. Regardless, investors are betting they know what the response will be -- and are bidding Tiffany stock higher in hopes they're right. 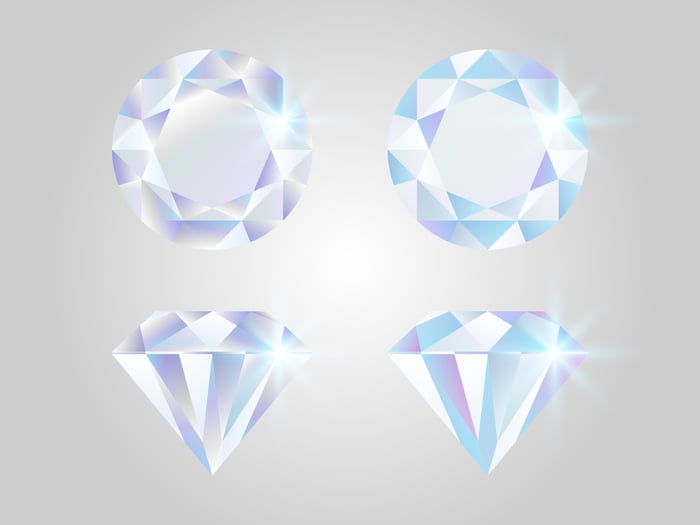 It didn't take long after the news broke for investors to bid up Tiffany shares past $129 a share -- more than $9 above what LVMH says it's willing to pay, but a clear indication that investors think Tiffany will insist on a higher price.

Analysts are already backing that call, with Credit Suisse commenting that it thinks the company will ultimately sell for $140 a share, Cowen & Co. predicting a sale price of anywhere from $160 to $180, and even Oppenheimer saying that at the very least, it expects LVMH to inch up its offer to $126, according to a survey of comments put out by StreetInsider.com this morning.

And they may be right about that. Still, with Tiffany now valued at a market capitalization of more than $15.6 billion -- nearly a third more than it was worth as recently as Friday -- the stock is already very richly priced.

That $15.6 billion is nearly 28 times trailing earnings for the company (despite the fact that analysts don't expect Tiffany to grow its earnings even 8% annually over the next five years, according to data from S&P Global Market Intelligence).

Further, $15.6 billion is more than 53 times the amount of free cash flow Tiffany has produced over the last 12 months -- and, arguably, an even more unreasonable valuation for what is still just a slow-growth consumer stock. Maybe LVMH will decide it wants to buy Tiffany so much that it will pay the premium, but to me, this looks like irrational exuberance. If you own Tiffany stock, my advice would be to cash out today -- take the money and run.