Shares of Peabody Energy Corp. (BTU) are down 18% at 1:24 p.m. EDT on Oct. 29, following the release of the company's third-quarter results. In morning trading, shares had fallen as much as 19% before recovering a tiny bit.

Peabody reported revenue of $1.1 billion and a loss attributable to shareholders of $82.8 million. Revenue declined 21% from last year, on a 36% decline in seaborne metallurgical coal volume, while the $83 million loss was a $154 million reversal from last year's $72 million in net income. 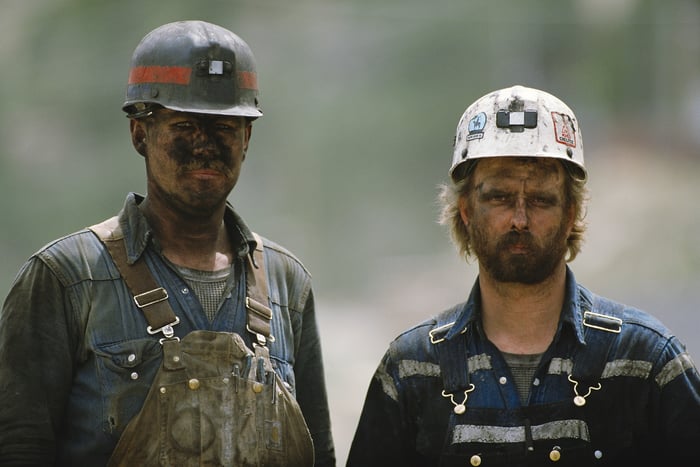 Peabody had announced in September that its earnings in the third quarter would be weak, but even that prerelease wasn't enough to set proper expectations, at least based on today's big sell-off. The reality for Peabody and many of its peers is that massive shifts in the global energy industry are likely to continue weighing on results.

Factor in the big decline in metallurgical coal, which is used to make iron and steel, and cyclical weakness in this non-energy part of Peabody's business seems to have spooked investors further.

Peabody reported a big decline in revenue, and a large net loss. But its cash flow was still positive, if down substantially from last year. Q3 operating cash flow was $176 million, putting the total at $553 million year to date; that's down more than half from last year. At the same time, the company has had to invest about twice as much back into its business, with year-to-date cash used in investing of $148 million, versus $66 million in the prior-year quarter.

Moreover, coal prices started to rebound in recent months from three-year lows. So in the near term, there are some positives for Peabody. It just navigated a tough quarter of very low prices and weak demand, along with a major outage at a joint venture, and still generated positive cash flow even as capital expenditures increased.

Peabody's ability to generate positive cash in this environment is a good sign that management's efforts to improve operations and financial performance are working.

But with that said, even with today's decline putting its shares down almost two-thirds from the 2019 high, I think long-term investors would do well to avoid Peabody Energy. The movement away from thermal coal, and toward cleaner natural gas and renewable energy, represents a far better long-term investment opportunity.