Please ensure Javascript is enabled for purposes of website accessibility
Log In Help Join The Motley Fool
Free Article Join Over 1 Million Premium Members And Get More In-Depth Stock Guidance and Research
By Billy Duberstein - Updated Dec 5, 2019 at 8:56AM

Management blamed the trade war, but did TI simply make the wrong bet?

Many think of Texas Instruments (TXN -2.78%) as the ultimate bellwether for the semiconductor industry as well as the and broader technology sector. As such, many tech and chip peers sold off hard last week, after TI posted weak third-quarter results and gave even worse fourth-quarter guidance. In fact, the fourth-quarter guidance was as much as $300 to $500 million off analysts' revenue estimates, and a whopping 16%-29% below consensus estimates for earnings per share.

In fact, the guidance was so bad, and so far below already-muted expectations, that analysts pounced on management, looking for answers. That led Chief Financial Officer Rafael Lizardi to say:

I can sense that you collectively are unsatisfied with our answers, and I understand that. We have close to 100,000 different customers, and we sell about 100,000 different products. It is difficult to pinpoint any one thing, but the sense we get talking to those customers getting input from them, from our salespeople and all the touch points that we have, is that the weakness is broad-based, is due to macro events, and specifically the trade tensions.

Analysts may have been relatively shocked because just last week, another large technology chip bellwether, Taiwan Semiconductor Manufacturing (TSM -3.10%), posted some very strong numbers due to the bigger-than-expected demand for 5G chips.

If you're invested in the technology hardware space, these two earnings reports might be the source of some cognitive dissonance. So what exactly is going on here? 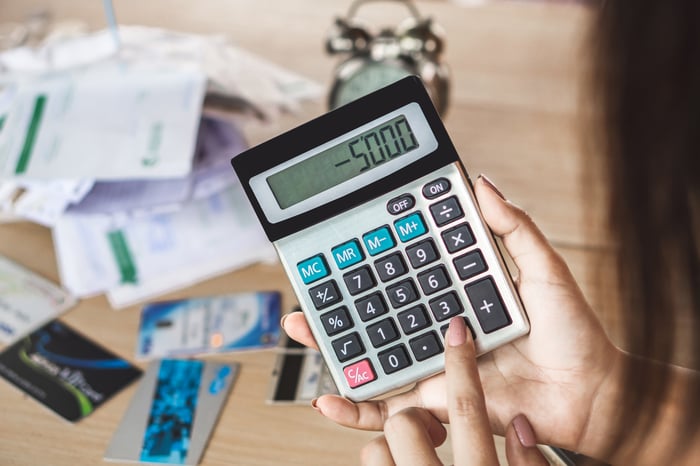 Texas Instruments bet on the wrong horse for 2019

The difference can likely be explained by the focus on different end customers. Taiwan Semiconductor makes a broad array of chips for end customers including CPUs, GPUs, FPGA chips, and other chip systems used in a broad array of applications. At a high level, however, Taiwan Semi is very concentrated in two hot sub-sectors. It received nearly half its revenues from smartphones last quarter, with another 29% coming from high-performance computing, which is essential for growing sectors like gaming and artificial intelligence. While the tech sector is in a big slowdown, 5G applications have been a distinct bright spot, as U.S. and Chinese companies compete for the lead.

In contrast, Texas Instruments produces analog and embedded chips for a wide of electronic applications. These range from household appliances to medical devices, to aerospace and defense, and other industrial equipment. In particular, Texas Instruments has made its biggest bets in the industrial and automotive sectors of the market. According to its 2018 annual report, Texas Instruments received 36% and 20% of its revenue from the industrial and automotive sectors, respectively. While management still maintains that these two markets are the most attractive long-term sectors for analog and embedded chips, that very bet is looking like a bad one in the year 2019.

The U.S.-China trade war and associated tariffs have wreaked havoc on industrial and manufacturing production in 2019. Recently, the Institute of Supply Management's Purchasing Manager's Index, which measures U.S. industrial activity, contracted for the second straight month to its lowest levels since 2009, during the depths of the Great Recession. Also especially worrying is the large German manufacturing sector, which many say is currently in the middle of a recession.

An industrial recession may seem like a bit of an exaggeration -- after all, the overall economy still appears to be growing, and some companies still reported strong numbers during this earnings season. However, the manufacturing sector only accounts for about 12% of U.S. GDP, so it's quite possible that while consumer spending in the U.S. has remained strong, manufacturing may actually be in a recession. It's just that many have not felt the effect... at least not yet.

In addition to an industrial recession, auto sales are down from last year by about 2% through the end of the third quarter, though some car brands are down much more sharply than that. On top of that, the recent strike at General Motors likely isn't helping matters.

On the conference call with analysts, management declared, "We remain focused on industrial and automotive, the best markets, that'll be the fastest-growing semiconductor market as they have increasing semiconductor content and also provide diversity and longevity. All of this translates to a high terminal value of our portfolio."

It is true that both the Internet of Things and increasingly connected, autonomous vehicles will drive more semiconductor content in factories and automobiles in the years ahead. However, those two big sectors are struggling mightily right now. While Texas Instruments may end up looking smart in the long-run, for 2019 at least, the year of the trade war, it looks like TI made a losing bet.