Please ensure Javascript is enabled for purposes of website accessibility
Log In Help Join The Motley Fool
Free Article Join Over 1 Million Premium Members And Get More In-Depth Stock Guidance and Research
By Scott Levine - Updated Oct 30, 2019 at 10:19AM

Shares of this silver and gold miner might add some shine to investors' portfolios, but there's a fair share of dross in its financial situation, too.

While Hecla Mining (HL 4.37%) dubs itself the largest primary silver producer in the United States, it's also a player in gold and some base metals. Last year, in fact, it achieved a company record for annual gold production: 262,103 ounces. However, 2019 has proven rather disappointing for investors. The stock is down more than 11% year to date even as the price of silver has soared nearly 23%, and the S&P 500 is up 21%.

These points might lead skeptical investors to jump to the conclusion that the best course of action is to stay away from Hecla's stock, eschewing it for more compelling opportunities. On the other hand, savvy investors may instead be intrigued, wondering if the market has overreacted in its selloff of this miner. So let's take a closer look at the company to see whether this is, in fact, a good chance to pick up shares at an attractive price, or if the better course of action would be to look elsewhere in the mining sector for opportunities. 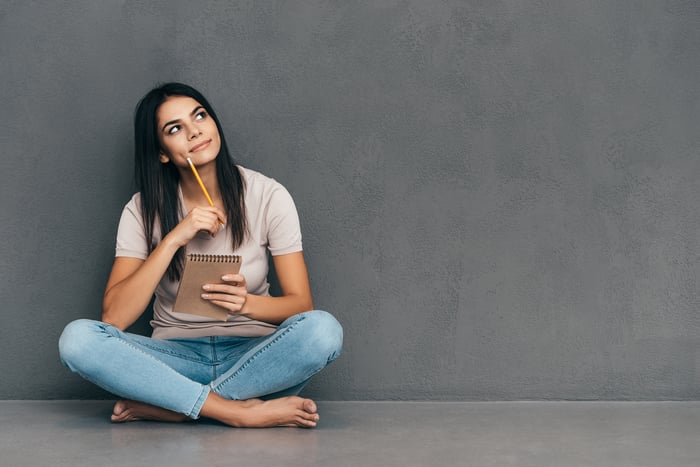 Casting Hecla's future in a lustrous light, optimists point to the fact that it's poised to increase mineral production in 2019. According to management's guidance, Hecla will achieve silver production of 11.7 million ounces and gold production of 274,000 ounces, representing growth of 12.5% and 4.5%, respectively. Evidently, the company is on track to achieve this forecast. Although it hasn't reported third-quarter earnings yet, management's preliminary results indicate that through the first nine months of 2019, it has increased silver production by 21% and gold production by 4% compared to the same period last year.

Beyond that, management's suggestion that the company is poised to report rising free cash flow is another source of excitement. In a recent presentation, Hecla forecast a 40% increase in free cash flow over the next five years from its flagship Greens Creek mine, compared to the average of $72 million generated over the past five years. But wait, there's more: Management asserts that after the pits are stripped at Casa Berardi, the company's other core asset, that mine "could generate Greens Creek-like free cash flow." 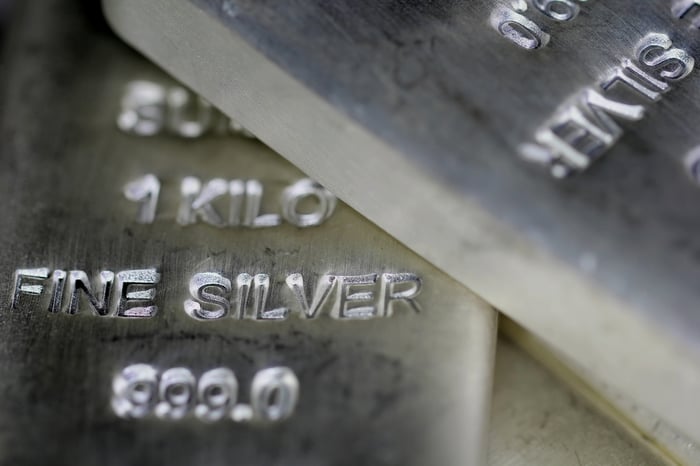 The prospect of a more glittering cash-flow statement is especially exciting considering the company's recent performance. In 2018, its free cash flow was negative $42.7 million -- a sharp drop from 2017's positive $17.8 million.

Although the prospects of production and cash flow growth have some investors excited, there are valid reasons why others would rather run for the hills. For one, the company's inability to grow its operational cash flow has forced management to turn to the debt and equity markets to help fund its operations. While shareholders have suffered from significant dilution over the past three years, the company has also further weighed down its balance sheet with debt. 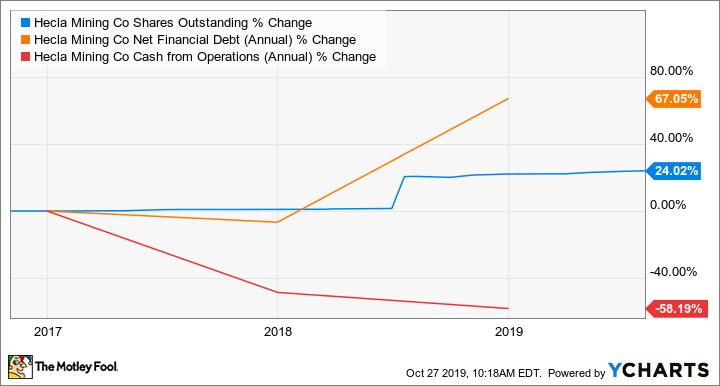 With the goal of shoring up its financial position, management recently revealed its long-term target of a net-debt-to-EBITDA ratio of 2.5. Skeptics, however, will point to the fact that management aspires to achieve this feat by growing EBITDA rather than by paying down debt -- a strategy that seems questionable considering the company's EBITDA margin has fallen notably from 33.3% to 25.1% in 2018, according to Morningstar.

Additional causes for concern stem from the company's project development challenges. In April, for instance, a U.S. court presented Hecla with a setback when it reversed a decision regarding a water permit for the Rock Creek project, a proposed silver and copper mine in Montana.

Then there are the company's operations in Nevada. In June, management stated that "the Nevada operations have not generated the cash flow we had hoped for so we are curtailing most development and reducing the workforce." Consequently, Hecla now plans on a $25 million reduction in spending relating to those operations in 2019.

Digging into the final word

Although management has an auspicious outlook for the remainder of 2019, the combination of the company's financials and its issues in Montana and Nevada suggest that investors would be better off watching this stock from the sidelines for the time being. And for investors who might be willing to overlook those flaws, perhaps the fact that the stock is trading at 17.9 times operational cash flow -- a steep premium to the five-year average of 11.5 -- will help convince them that the risks don't outweigh the potential rewards.