Please ensure Javascript is enabled for purposes of website accessibility
Log In Help Join The Motley Fool
Free Article Join Over 1 Million Premium Members And Get More In-Depth Stock Guidance and Research
By John Rosevear - Oct 30, 2019 at 11:24AM

The automaker is worried about weakening global markets.

German auto giant Volkswagen (VWAGY -0.35%) reported Wednesday that its third-quarter operating profit had jumped 68% to 4.5 billion euros ($5 billion) thanks to strong sales of SUVs and Porsches, as well as lower expenses related to the diesel-emissions scandal. But it dialed back its forecast for deliveries for the full year due to concerns about slumping global demand. 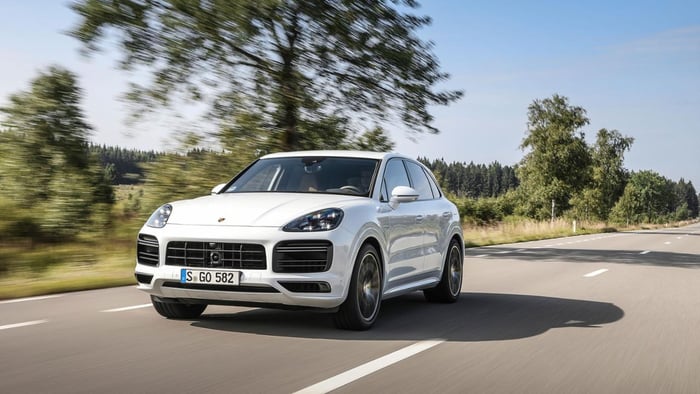 Sales of Porsche's profitable Cayenne SUV were up 25% this year through September. Image source: Volkswagen AG.

Why VW trimmed its 2019 guidance

The company said it now expects vehicle markets in many parts of the world to contract more quickly than it had previously anticipated. It said that auto sector investors should no longer expect year-over-year growth in deliveries, but it maintained its prior guidance for revenue and operating margin.