Volkswagen AG (OTC:VWAGY) said that its second-quarter operating profit rose 30% from the second quarter of 2018, to 5.13 billion euros ($5.71 billion), as strong sales of its SUVs and premium-brand models helped it overcome a decline in overall vehicle deliveries.

VW also reiterated its prior guidance for the full year.

How Volkswagen's business has performed in 2019

How did that happen? Simply put, mix improved: Strong sales of the brand's higher-profit SUVs, including the U.S.-made Atlas, generated enough profit to more than offset a larger decline in sales of VW's small cars.

First-half results at VW's other key business units were mixed: 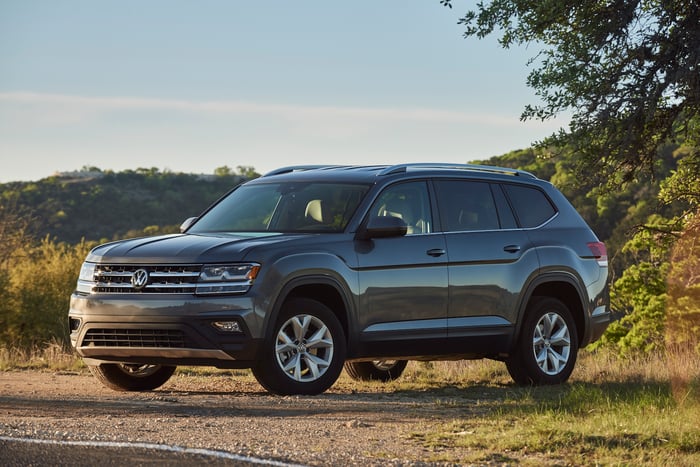 As of June 30, VW's automotive division had net liquidity (cash minus debt) of 15.9 billion euros. That was down significantly from 19.4 billion euros at the end of 2018, a drop that VW attributed to a change in accounting requirements (recognizing lease liabilities as financial liabilities).