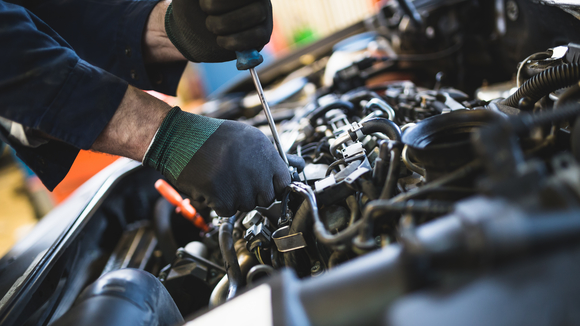 While GM had better-than-expected earnings, the month-long United Auto Workers strike did drag down results. Because of the national work stoppage, adjusted earnings per share were reduced by $0.52. GM's North American revenue could potentially have been $3.3 billion higher if the union strike hadn't happened. EBITDA also took a $1 billion hit.

Despite the battle, GM CEO Mary Barra expressed optimism about the recent agreement between the union and the corporation. "Our new labor agreement maintains our competitiveness, preserves our operating flexibility and allows us to continue improving our quality and productivity," she said. "We remain focused on strengthening our core business and leading in the future of personal mobility."

The recent labor action reinforced that even in the age of automation, workers can still have a great impact on a corporation's bottom line.

GM's earnings report was positive because of strong pickup-truck sales in North America. Sales of light-duty models such as the Chevrolet Silverado rose 8% in September. Crossover vehicles, such as Chevy's Traverse, set quarterly sales records with an increase of 35%.

The corporation's full-size trucks sold well in North America, but it was a different story with global auto purchases. In China, GM vehicle sales declined by 11% in the third quarter. International deliveries of vehicles also decreased by 7% , to 5.6 million autos. Despite the overall disappointing results, Cadillac sales did increase by 11% over the previous quarter in China.

Guidance is weak for Q4

After the worker strike, GM lowered full-year 2019 guidance. The company expects fourth-quarter adjusted earnings per share to be between $4.50 and $4.80, less than the previous guidance of $6.50 to $7. Nonetheless, GM CFO Dhivya Suryadevara touted GM's Q3 results and expressed optimism for Q4 earnings: "Our underlying third-quarter performance demonstrates the ongoing resilience and earnings power of our company, building on our leading truck and crossover franchises, and transformational cost actions," she said. "Our focus going forward will continue to be the disciplined execution of our business plan."

GM's Q3 earnings show that even though the UAW workers' strike put a dent in revenue, the growing appetite for truck purchases can sustain the automaker. That said, GM investors can expect more volatility now that the company has a gloomy full-year forecast.