Shares jump in response to better-than-expected earnings and bullish guidance.

Shares of Teladoc (TDOC -3.14%), a growth company focused on virtual healthcare services, rose as much as 14% on Thursday after the company reported third-quarter earnings. Shares were up about 12% as of 1:33 p.m. EDT today.

Here's are the key numbers from the third quarter: 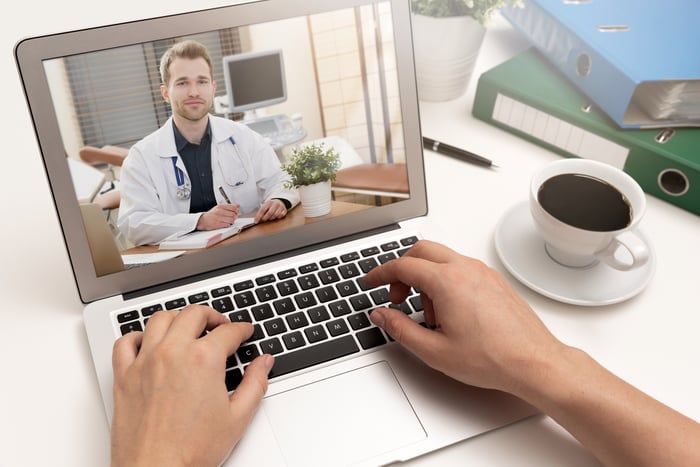 CEO Jason Gorevic said, "The third quarter marked a continuation of Teladoc Health's very strong momentum from the first half of the year, as we delivered at the high end of our growth expectations and made progress on our path to profitability."

Traders bid up the share price in response to the upbeat quarterly results.

Here's the guidance for the fourth quarter:

For context, Wall Street was expecting $148 million in revenue and a net loss of $0.33 per share.

Guidance was also updated for the full-year 2019:

These numbers compare favorably with the current consensus estimates in the analyst community of $543.6 million in total revenue and a net loss per share of $1.55 for the full year.