Please ensure Javascript is enabled for purposes of website accessibility
Log In Help Join The Motley Fool
Free Article Join Over 1 Million Premium Members And Get More In-Depth Stock Guidance and Research
By Danny Vena - Nov 1, 2019 at 8:00AM

The runway for growth is large and growing.

Roku (ROKU -2.89%) has been on fire this year. And just when you'd think the company couldn't go any higher, another analyst opinion sends the stock soaring.

Roku had gained more than 450% earlier this year, before fears regarding upcoming competition sent the shares plummeting 41%. Even after its precipitous fall, shares were up about 335% so far in 2019 -- before this bullish call sent the stock up another 10% on Monday.

The analyst is calling foul, saying the wave of selling is overdone and that the fears of competition are misinformed. For what it's worth, I think he's right, as Roku has a massive opportunity that's just getting started, one that investors don't fully understand. 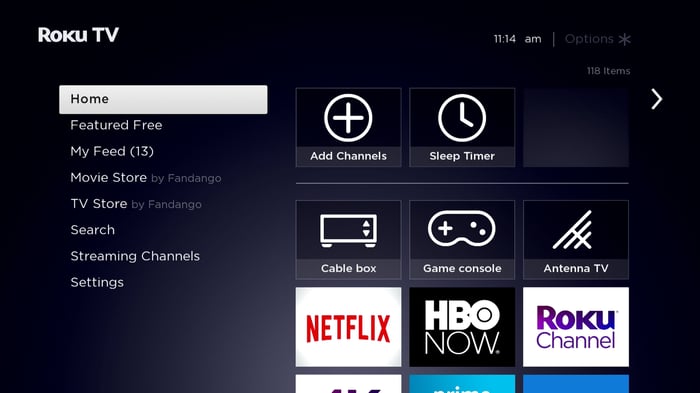 The latest bullish prognostication comes from Bank of America Merrill Lynch analyst Ziv Israel, who initiated coverage on the streaming pioneer with a buy rating and a $154 price target on Monday. Israel believes the recent sell-off is overdone and that worries about competition are based on a misunderstanding.

The analyst posits that Roku benefits from growing competition among streaming services and increasing consumer demand for smart TVs.

One of the things that sent Roku stock reeling in recent months was fear regarding competition. Streaming services are on the horizon from the likes of Apple and Disney, with Apple TV+ and Disney+ due to launch on Nov. 1 and Nov. 12, respectively.

What some investors fail to realize, however, is that viewers will be able to watch both Apple TV+ and Disney+ on their Roku devices and connected TVs when the services launch. Since that's the case, Roku will benefit from the launch of both services, not be in competition with them.

It's no secret that streaming technology has moved to the forefront, pushing broadcast and cable television aside. The days of families gathered around the box at a prescribed time to watch a show is going the way of the VCR, cassette, and landline telephone. The paradigm shift began more than a decade ago, when Netflix (NFLX -7.02%) introduced streaming video and consumers quickly realized they could watch their favorite programs on their schedule, not one dictated by the networks.

If you're looking for proof that viewers are adopting streaming video in increasing numbers, look no further than the tech giant's massive subscriber count, as Netflix topped 158 million in the third quarter. 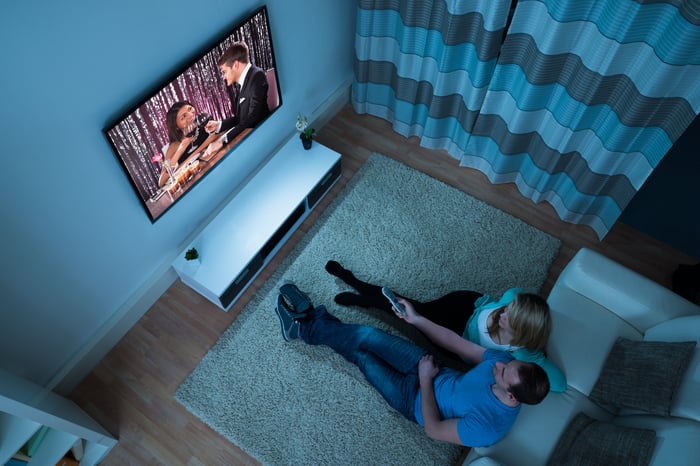 It's not the only one

Netflix isn't the only one gaining a massive following. In the second quarter, Roku's active accounts grew to 30.5 million, up 39% year over year, while streaming hours soared to 9.4 billion, up 72%. At the same time, Roku's platform segment, which is primarily advertising, grew to $168 million, up a whopping 86% year over year -- and now represents two-thirds of the company's revenue.

Roku's claim to fame among consumers, however, is being an agnostic platform, supporting not only paid streaming services but also ad-supported options. Roku offers thousands of apps that allows consumers to customize their viewing experience, by choosing programming from a wide variety of providers. Viewers can watch paid platforms including Netflix, Amazon.com Prime Video, and Disney-controlled Hulu, as well as ad-supported fare such as Altice USA's Cheddar, Viacom's Pluto TV, and Sony's Crackle.

While investors no doubt equate Roku with its namesake streaming boxes, the company has made a number of changes over the past couple of years that give Roku numerous ways to enrich shareholders.

Several years ago, Roku made the decision to pivot from its streaming media players to focus more on its platform business, which includes advertising, its connected TV operating system (OS), and The Roku Channel. The three-pronged approach of its platform segment helps feed its growing advertising business.

The company licenses its OS to connected TV manufacturers, and the system can now be found in one in three connected TVs sold in the United States. That gives Roku a massive installed base of devices, including its players and dongles, that it can use to show advertising to viewers, with The Roku Channel providing an additional source of ad revenue.

Advertising is Roku's fastest growing business, and the company recently acquired demand-side advertising platform DataXu in a $150 million deal that will further fuel the company's push into ad sales.

It would be easy to look solely at the stock price gains so far this year and take a pass, especially since Roku remains unprofitable and has a price-to-sales ratio of 16 over the trailing-12-month period -- far higher than the 6.8 average valuation of its peers in the internet services and social media industry.

Just as Netflix became the leading subscription streaming service by being first on the scene and then becoming ubiquitous, Roku has a similar opportunity, by being a massive aggregator of content and benefiting by getting a cut of the advertising from all the ad-supported providers that stream on its platform.

Investors should consider the massive opportunity ahead before dismissing Roku outright on the basis of its soaring gains so far this year.