Please ensure Javascript is enabled for purposes of website accessibility
Free Article Join Over 1 Million Premium Members And Get More In-Depth Stock Guidance and Research
By Keith Speights - Nov 2, 2019 at 7:00AM

The big pharma company delivered a surprisingly solid performance in the third quarter.

AbbVie ( ABBV 1.69% ) has kind of been the Rodney Dangerfield of big pharma stocks. To paraphrase the late comedian's famous punch line: It don't get no respect.

But AbbVie just might be getting some grudging respect from investors after the company announced its third-quarter results on Friday. While those results weren't what anyone would call spectacular, there was plenty to like. Here are the three most important takeaways from AbbVie's Q3 results. 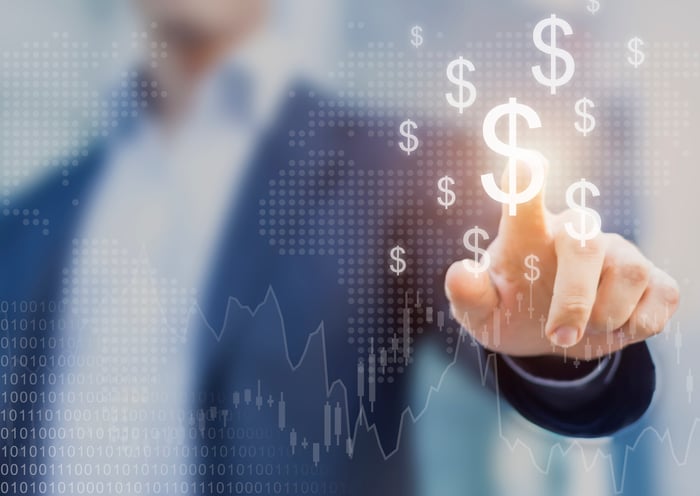 The three words that investors like to hear the most when a company reports quarterly results are "better than expected." And AbbVie delivered this welcome phrase in three different ways with its Q3 update.

In addition to posting upside surprises on its top and bottom lines, AbbVie upped its full-year 2019 guidance. The company now expects adjusted EPS to be between $8.90 and $8.92, narrowing the previous outlook of between $8.82 and $8.92. The midpoint of this revised range is a little higher than the consensus analysts' full-year EPS estimate of $8.90 -- again, better than expected.

Investors have been especially worried about AbbVie's prospects now that Humira faces biosimilar competition in Europe. Sales for the company's top-selling drug have fallen as a result of the new dynamics for Humira. The trend continued in the third quarter.

But while Humira is struggling in European markets, it's performing quite well in the U.S. AbbVie announced U.S. sales for Humira increased by 9.6% in the third quarter from the prior-year period.

Overall sales for Humira slipped 3.7% year over year, to $4.9 billion. But the sustained momentum for Humira in the U.S. means that the drug is still a key growth driver for AbbVie. The higher sales for the drug in the U.S. market translated to more than $370 million added to AbbVie's top line. AbbVie's overall year-over-year revenue gain was $243 million. Without Humira's U.S. performance, AbbVie's overall revenue would have declined.

Perhaps the best news for AbbVie in Q3 was that several drugs are generating impressive growth. Unsurprisingly, Imbruvica was one of the top stars, with sales soaring 29.3% year over year to nearly $1.3 billion. Sales for AbbVie's other blood cancer drug, Venclexta, more than doubled, to $221 million.

The company's new immunology drug Skyrizi picked up momentum, with sales rising to $91 million from $48 million in the previous quarter. Rinvoq, which won Food and Drug Administration (FDA) approval in August, achieved sales of $14 million in its first few weeks on the market. The two drugs are both expected to be huge blockbusters in the near future.

AbbVie also received some help from several of its other drugs that don't usually get as much attention these days. Sales for pancreatic enzyme replacement therapy Creon jumped 11.2% year over year, to $265 million. Respiratory syncytial virus (RSV) drug Synagis raked in $132 million in Q3, up 36.2% over the prior-year period. AbbVie announced that Q3 sales for Parkinson's disease drug Duodopa rose 11.3%, to $117 million.

However, the company had some not-so-bright spots with its lineup. In particular, combined sales for its hepatitis C virus (HCV) drugs Mavyret and Viekira dropped 19% from the prior-year period, to $698 million.

In addition to its solid third-quarter results, AbbVie also announced more good news on Friday. The company's board approved a dividend increase of 10.3%. This latest increase brings the company's cumulative dividend hikes since being spun off in 2013 to 195%.

AbbVie already ranked as one of the most attractive dividend stocks on the market; now it will be even more attractive.