Occidental Petroleum (NYSE:OXY) and ConocoPhillips (NYSE:COP) are two of the largest exploration and production (E&P) players in the business, but the two companies couldn't be more different.

Occidental (or Oxy) has chosen the path of the bold, betting heavily on the prospects for the Permian Basin, now the largest producing oil field in the United States. Meanwhile, ConocoPhillips has chosen vigilance by focusing on improving its existing asset portfolio to insulate itself against another oil downturn. What is the better business model today? Let's take a look at the two companies to see which is the better buy. 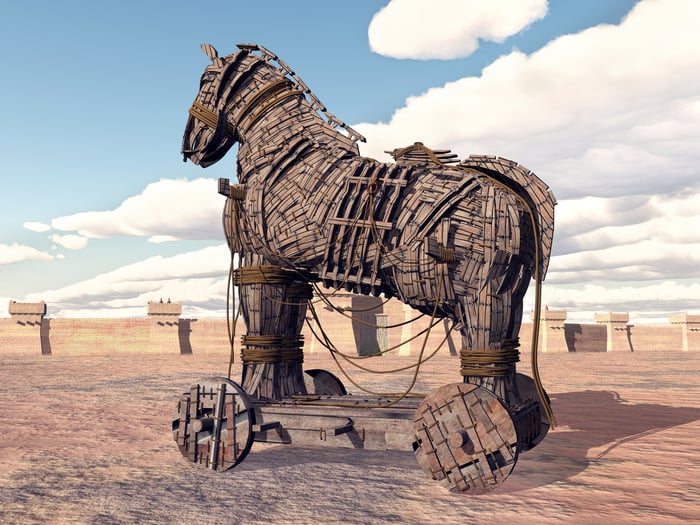 Occidental is led by tenacious CEO Vicki Hollub, who made a splash in April 2019 when she outgunned Chevron in a quest to purchase Anadarko Petroleum. Oxy is now the largest producer and acreage holder in the Permian. But at what cost? In order to purchase Anadarko Petroleum, a company that was nearly the same size as Occidental, Oxy received $10 billion from Warren Buffett's Berkshire Hathaway (NYSE:BRK.A) (NYSE:BRK.B) in exchange for preferred stock that yields 8%. What this means is that Berkshire Hathaway gets an 8% yield in perpetuity on those preferred shares. Preferred stock doesn't rise or fall like common stock, it behaves more like a bond. The "preferred" distinction comes from the fact that preferred stock dividends are paid after bond payouts but before common stock dividends. The current common stock dividend on Oxy is $3.16 per share, representing a 7.5% yield at a stock price of around $42 per share. If that dividend were to get cut, it doesn't' necessarily apply to Berkshire's preferred shares.

8% on $10 billion is $800 million in additional payments per year, which would reduce current net income by over 20%. The preferred shares come on top of Oxy's $11 billion debt and the debt it will inherit from Anadarko, raising the question of whether Oxy is spreading itself too thin. In addition to the preferred shares, Berkshire Hathaway will hold warrants for 80 million shares with a strike price of $62.50 per share and an 11-year duration.

Even with the hefty price tag, Oxy argues that the acquisition of Anadarko is worth it to better position the company as a dominant global unconventional producer. Unconventional oil production -- extracting hydrocarbons using techniques such as horizontal drilling or hydraulic fracturing as opposed to traditional vertical drilling -- has led to U.S. energy dominance from shale-rich oil fields like the Permian Basin. In addition to being the No. 1 producer in the Permian, Oxy is also the top producer in Colorado's DJ Basin and the Uinta Basin in northeast Utah.

If you're investing in Oxy, you're reliant on more than just a sustained U.S. shale boom. For the past five years, the company hasn't been able to generate enough cash from operations to cover its capital spending or dividend. Even though management is saying that they will benefit from the scale of acquiring Anadarko, it's not a certainty yet. On top of the company's poor five-year track record is the lack of infrastructure investments, mainly pipelines, in the Permian Basin. The Permian Basin, which is the main reason why Oxy sought Anadarko in the first place, has faced stunted growth as production in the region has exceeded the amount of capacity the pipelines can take away, fittingly named "takeaway capacity." In the short-term, this has capped the amount of crude oil the region can export.

Oxy's second major shale play aside from the Permian, the DJ Basin, currently faces an existential crisis in Colorado. At the end of 2018, Colorado's Proposition 112 was narrowly defeated 56.1% to 43.9%. If passed with a 55% majority, the bill would have "mandated that new oil and gas development projects, including fracking, be a minimum distance of 2,500 feet from occupied builders and other areas designated as vulnerable." The bill would have crippled growth in the DJ Basin, which relies heavily on fracking. Investors need to understand that Oxy's entire unconventional empire is predicated on fracking and horizontal drilling, technologies that Oxy prides itself in but have a spotty reputation for generating returns and are subject to political risk.

For its part, ConocoPhillips has barely any Permian presence, abstaining from chasing hot plays in favor of lowering the average breakeven cost per barrel for production assets throughout the company's diverse portfolio. It has investments across the world, including liquefied natural gas assets in Qatar and Australia, oil sands facilities in Canada, offshore investments, and both unconventional and conventional onshore assets. As a result, ConocoPhillips has successfully built a company that is less susceptible to the many uncertainties associated with allocating a substantial portion of one's investments in one shale play, which is exactly what Oxy has done.

As far as their dividends go, ConocoPhillips currently yields 3% versus Oxy's 7.5%. ConocoPhillips and Occidental have payout ratios of 19% and 62%, respectively. For dividend stocks, and especially for debt-heavy oil and gas companies, payout ratio is a critical component of analyzing the ability of the company to pay a growing dividend while retaining enough earnings to grow operations. In this case, both companies have healthy payout ratios. That being said, Occidental's net debt remains a concern especially when considering the company hasn't begun paying Berkshire Hathaway's 8% preferred dividends yet, further building a liability of the balance sheet.