Please ensure Javascript is enabled for purposes of website accessibility
Log In Help Join The Motley Fool
Free Article Join Over 1 Million Premium Members And Get More In-Depth Stock Guidance and Research
By Justin Cardwell - Nov 2, 2019 at 6:46AM

There are a few reasons this company is resilient during a recession.

As the owner of the largest network of recycling centers, landfills, and transfer stations in the United States, Waste Management (WM 0.43%) dominates the industry.

With a share price increase of 27.5% in 2019 -- which is part of a 358% rise since 2009, there are concerns that growth can't continue at this pace. The recently released third-quarter results were what investors have come to expect, which raises a question about Waste Management's growth potential. Can it continue? 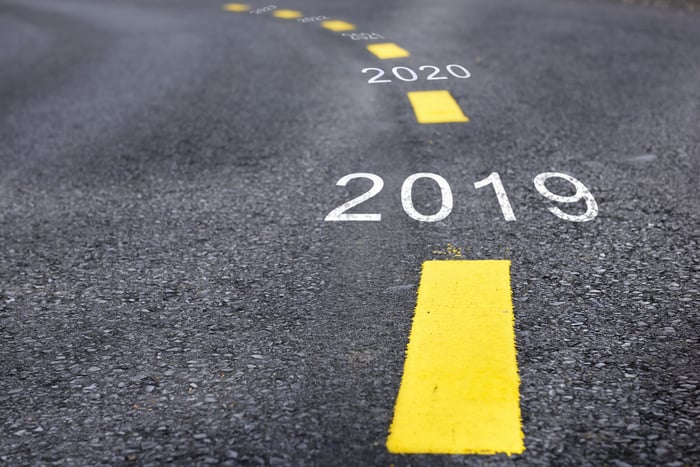 Third-quarter results were par for the course. Waste Management delivered a quarterly revenue of $3.97 billion, compared to $3.82 billion from the third quarter in 2018. In addition, net income came in at $495 million versus $499 million year over year. Missing revenue expectations by $35.61 million was a result of a decrease in recycled commodity prices during the quarter, which lowered the quarter by $86 million, bringing recycling revenue down 27.3% year over year.

Waste Management isn't new to acquisitions, having gobbled up thousands of waste disposal and recycling businesses over the company's history. The newest and largest ever for Waste Management is the recently announced acquisition of Advanced Disposal Services (ADSW) for $4.9 billion. With an expected $100 million in cost and capital expenditure savings, purchasing the fourth-largest solid waste company in the U.S. is expected to bring good results.

Advanced Disposal has approximately 3 million customers and boasted 2018 revenue of $1.56 billion and adjusted EBITDA of $427 million. Adding to Waste Management's 20 million residential and 2 million commercial customers, total customers will increase by 13.5% with the acquisition. Advanced Disposal has over 800 municipalities in 16 states in the eastern half of the country, including 94 collection operations, 73 transfer stations, 41 landfills, and 22 owned and operated recycling facilities.

The acquisition, which should close in the first quarter of 2020, is funded by a healthy balance sheet and an expected 2019 free cash flow between $2.03 billion and $2.08 billion. Using a combination of debt and senior notes to fund it, Waste Management expects to maintain the target net debt-to-EBITDA range between 2.75 and 3, which is a conservative industry target.

The United Nations forecasts that the U.S. population will climb to 396 million by 2030. With a current population of 329.45 million, according to the U.S. Census in August 2019, this gives a 1.69% CAGR. Looking at the overall waste output within the United States, a report by the Frontier Group showed that the U.S. produces 30% of the world's waste despite only comprising 4% of its population. As population increases, it can be assumed that waste output will as well, thus giving waste companies higher volumes to transport. The U.S. waste industry is predicted to reach $80.7 billion by 2023, per a report from ResearchandMarkets. That's a CAGR of 11.14% from the current size of $52.9 billion. Waste Management expects that an increased urban population in combination with more municipal waste will have a positive outcome on revenue moving forward.

Don't throw away an opportunity

Fear of another recession forces shareholders to look for a company that can withstand the headwinds of a slowdown -- specifically one with strong financials, a growing dividend, and sustained growth. Waste Management has all three and will continue to grow along with the expanding populations of Canada and the United States.

A price to earnings of 26.16 may seem expensive for this stock. However, when you consider that Waste Management's revenue is over 50% higher than the second-largest player in the industry, Republic Services, the expansion potential is wide open when an acquisition strategy is considered. As Waste Management boosts its overall market share, share prices can be expected to follow along -- making Waste Management a buy for long-term investors.