In the 1989 movie Batman, Jack Nicholson's Joker (still my favorite Joker, call it childhood nostalgia) mused about Michael Keaton's character: "Where does he get those wonderful toys?"

For the longest time, the same question could have been parroted from one child to another. But these days? Maybe the line should be altered from "toys" to "video games," "movies," or "TV shows."

That's because the way children play is changing -- or at least changing enough that businesses supplying them with playthings are altering their strategy. A few developments during the third quarter 2019 bore that out -- it looks like retailing to kids is becoming all about digital engagement and entertainment. 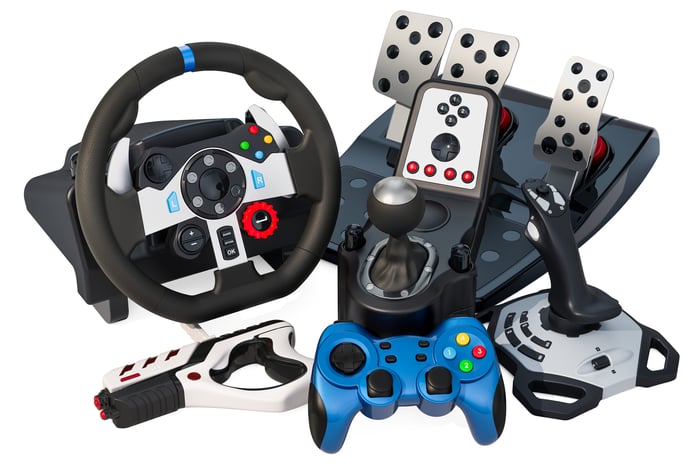 To better understand the trend, I recently spoke with Scott Webb, CEO of commerce and business-to-business consultant Avionos. According to Webb, one company that illustrates the shift in what it means to engage with children is the revived Toys R Us, which has made its return as a website under new parent company Tru Kids. As I recently wrote, Tru Kids signed an agreement in which Target (NYSE:TGT) will handle all online orders and fulfillment for the new Toys R Us.

What's the point of that? Toys R Us will surely get a cut of the sales it facilitates, but as Webb pointed out, the agreement allows Toys R Us to focus on the most important part of making a toy sale: "the physical interaction with kids that allows them to play with the toy and try it out first." At this point, that interaction is all digital. The Toys R Us website is full of reviews and video content as well as play ideas for parents and children. According to Webb, "Toys R Us will probably never be as big as it once was, but its digital strategy helps fill a niche in the industry" -- specifically, letting kids try things out before an adult makes the purchase. He also pointed to the new company's plan to open limited "stores" in which kids get to unbox the toys and play with them, with Target still handling inventory and order fulfillment. It's not a bad way to go in this new era of digital commerce.

As for Target, someday those kids will grow up, and some of their purchase decision-making will have already been formulated. Interaction is where it's at; though Target has grown its e-retail power, it has also updated its in-store experience through store-within-a-store concepts and merchandise islands featuring a brand or theme rather than just simple aisles. The strategy has helped the big-box store reignite growth over the last year.

But what about toys themselves? The way kids are playing has also changed with TV, movie, and video game content taking a larger slice of the pie than ever before. Walt Disney (NYSE:DIS) and privately-held playtime juggernaut Lego are the poster children for the modern strategy. It's all about intellectual property (IP), and the more creative media the better. Lego, especially, has driven new toy sales through its partnership with movie and TV franchises over the years like adaptations of Batman and Jurassic Park for children, not to mention its own Lego Movie franchise.

Disney has adopted a similar strategy, building its brands like Marvel Comics and Star Wars into storytelling powerhouses that span the silver screen and TV, theme-park experiences, and merchandise. Disney itself doesn't make the toys, but its partner Hasbro (NASDAQ:HAS) does. While toy making is on average a sleepy business with pedestrian growth, Hasbro achieved a 40% increase in partner-brand sales in the third quarter of 2019 -- thanks to Disney movies like Avengers: Endgame, and the upcoming Frozen 2 and Star Wars: The Rise of Skywalker.

Webb points out that Hasbro is no slouch in developing its own brands into multifaceted entertainment enterprises, with Transformers being the most successful. It's also becoming an "experience" company much as Lego built its empire, working to foster the development of laser-tag-like Nerf gun arenas and partnering with video games like Fortnite to get Nerf in on the action. It's working on other TV projects with its Magic: The Gathering board game and Power Rangers. Its entertainment and digital segment grew by 20% in the third quarter of 2019.

There's also Hasbro's pending acquisition of Entertainment One (OTC:ENTMF), which Webb says is "brilliant." I agree. Sure, the company gets the Peppa Pig and PJ Masks TV shows -- new names that many adults don't know, but the average child sure does -- but it's getting so much more. According to Webb: "Hasbro is getting a studio, and one that churns out engaging and recognizable children's content, and that has real value."

Rather than needing to partner with a studio and share distribution proceeds, Hasbro gets to keep the most lucrative part of the profit haul by bringing eOne in-house. Struggling rival toy maker Mattel (NASDAQ:MAT) is working feverishly to create movies and TV with its brands -- including Barney, Barbie, Hot Wheels, and even Magic 8-Ball -- but it's relying on outside studios to do so. That's a decidedly less lucrative way of going about business, assuming the projects are a financial success.

So what's happening to all the toys? They're evolving: Many of them are coming to life via a screen near you, or headed to a theme park or other entertainment venue. As with seemingly everything these days, this is a period of transition with toy companies updating their business models for the digital age and building out multiple playtime methods with their most popular IP. In the years ahead, the battle over storytelling and IP looks set to heat up. The companies moving towards digital the earliest and fastest will be the biggest winners.