Less than a week after announcing worse-than-expected third-quarter results, Twitter (NYSE:TWTR) vowed to ban all political ads worldwide starting Nov. 22, in an effort to clamp down on the spread of misinformation on its platform.

"While internet advertising is incredibly powerful and very effective for commercial advertisers, that power brings significant risks to politics, where it can be used to influence votes to affect the lives of millions," said Twitter CEO Jack Dorsey in a series of tweets Wednesday announcing the new policy.

The decision, which was made "on principle, not money," reignited debate about First Amendment rights and the role of tech companies in identifying and removing misleading content with the potential to do harm. 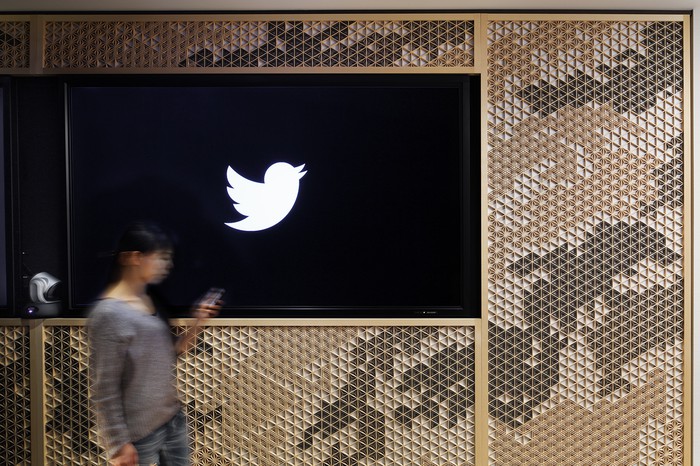 But it also raises questions on whether such a move could further impact the financial outlook for a company that saw its revenue jump just 8.6% from $752.9 million to $823.7 million in the third quarter -- well below the $876 million Wall Street analysts estimated.

Twitter CFO Ned Segal tweeted that the new policy will have no effect on the company's fourth-quarter guidance, which makes sense when you consider the company brought in less than $3 million from political ads in the 2018 midterm election cycle.

However, presidential elections are a different breed. More votes to win means candidates are typically willing to spend more money, granted they can raise it.

According to projections from Advertising Analytics and Cross Screen Media, political media spending in the digital video category could reach as much as $1.6 billion in the 2020 election cycle -- 116% more than in 2018.

Assuming Twitter's revenue from political ad buys would see a similar spike from its midterm haul, it'd be looking at around $6.5 million in direct revenue from for the 2020 cycle. To put that in perspective, that's still only about 0.2% of its total projected revenue for the 2019 fiscal year, so those projected losses alone are by no means insurmountable. But that doesn't include any political media spending outside of the U.S. -- remember, global ban -- and it doesn't account for any losses incurred as an indirect result of the decision to axe political ads.

Over the past year-plus, the platform has stressed its efforts to prioritize the "health" of its network: less abuse, less misinformation, and fewer fake accounts -- all as a means to raise revenue.

For instance, in February Twitter introduced a new metric called "monetizable daily active users" (mDAU) -- essentially all Twitter users who log in and access Twitter on any given day through Twitter.com or Twitter apps with ads enabled. By taking fake and inactive accounts out of the equation, it theoretically gives a more accurate snapshot of the number of actual day-to-day users.

Whether the absence of political ads will negatively impact mDAUs -- and ultimately non-political ad revenue -- remains to be seen. After all, the more time users spend clicking, liking, retweeting, and commenting on Twitter, the more money the company makes, and political ads are certainly one proven mechanism through which to drive engagement.

Nonetheless, for now it appears Twitter is sticking to its guns -- as Facebook (NASDAQ:FB) doubles down on its own decision to continue running political ads -- even if it initially comes at the minor expense of its investors.

The full extent of the new policy's financial ripple effect should start to come into focus in the coming months. In the meantime, consider this: with or without political ad revenue, Twitter's emergence as a true growth stock in the tech sector over the past couple of years is indeed real. After years of struggling to monetize its service and corral its potential, Twitter is finally showing signs of the tech titan it long sought to be.

By example, when pitted against the more popular Facebook, which is set to cash in on political ad revenue in 2020, Twitter boasts a slightly lower PEG ratio, which shows it's inching closer to an earnings growth that justifies its marginally higher P/E ratio.

As Twitter addresses issues related to its ad-targeting machinery and continues to grow its net cash position, the company's value will only become more apparent. Consider Twitter a safe buy, even in light of a controversial announcement and an underwhelming quarter.