Shares of bankrupt California utility PG&E (NYSE:PCG) spiked nearly 22% on Monday before giving up some of that gain later in the day. The stock has been a battleground for bulls and bears for months now, moving on rumors about the company's restructuring plans and headlines about wildfire damage.

PG&E filed for bankruptcy in January to deal with an estimated $30 billion in liabilities stemming from the 2018 Camp fire in Northern California, and the stock in the months since has traded up and down on market sentiment over how much recovery, if any, that shareholders will receive as part of the reorganization. The utility's initial plan sought to give equity holders recovery, but events on the ground in California since have led to doubts about the eventual outcome. 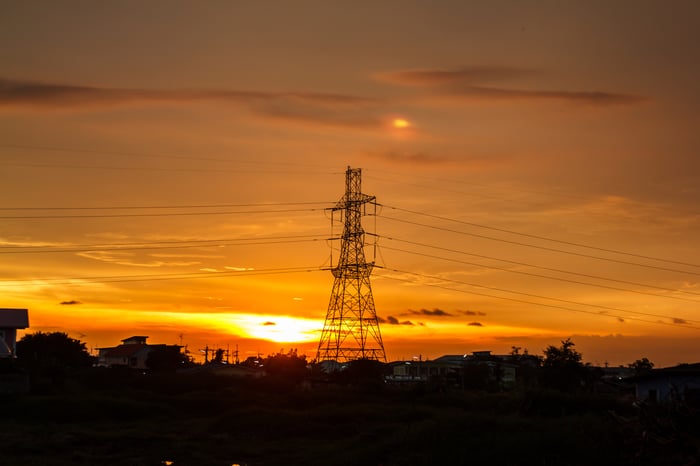 The stock crashed in late October after the judge overseeing the bankruptcy allowed alternative plans filed by creditors to be considered, a potential blow to equity holders. But shares have rallied in recent days after a mediator was appointed to work through competing reorganization plans and come up with a compromise. Traders have hoped that creditors, and in particular fire victims, are hoping to see the case resolved sooner rather than later and would be open to a compromise that would preserve at least some equity value.

PG&E's initial rally on Monday appears tied to market gossip that a compromise was likely, which in turn likely led to some short covering. But the shares lost some of those gains following a report in the San Francisco Chronicle that the bankruptcy court has ordered PG&E to answer questions about blackouts the utility imposed in October, as well as about the potential cause of the recent Kincade fire.

The judge's questions relate to issues that could lead to more PG&E creditors, and potentially less recovery for equity holders.

PG&E is a stock best left to daredevils and thrill ride enthusiasts. The shares have nearly doubled over the past five days but are still down 60% over the past three months.

Utility stocks have an important role in an income-focused portfolio. But as recent trading action indicates, PG&E is best left for speculators, and not investors, until the company is able to successfully restructure and California comes up with a long-term plan to deal with wildfire liabilities.