Please ensure Javascript is enabled for purposes of website accessibility
Free Article Join Over 1 Million Premium Members And Get More In-Depth Stock Guidance and Research
By Keith Noonan - Nov 5, 2019 at 11:30AM

These companies will keep cash flowing back to shareholders.

For retirees, passive income streams can ultimately make the difference between enjoying their later years in style and having to scramble to make ends meet. Dividend investing has become an important component in many retirement plans, and owning a portfolio of high-yield stocks can be a way to generate substantial cash for your non-working years that also affords a relatively high degree of financial flexibility.

Besides prioritizing stocks that offer sizable yields, it's also important to make sure that the companies in your portfolio are supported by underlying businesses that can keep dividends flowing for years to come. With those qualities in mind, retirees seeking dependable high-yield stocks should consider ExxonMobil ( XOM 0.56% ), PepsiCo ( PEP 1.86% ), and AT&T ( T -1.36% ) as foundation-level candidates for their income-generating portfolios. 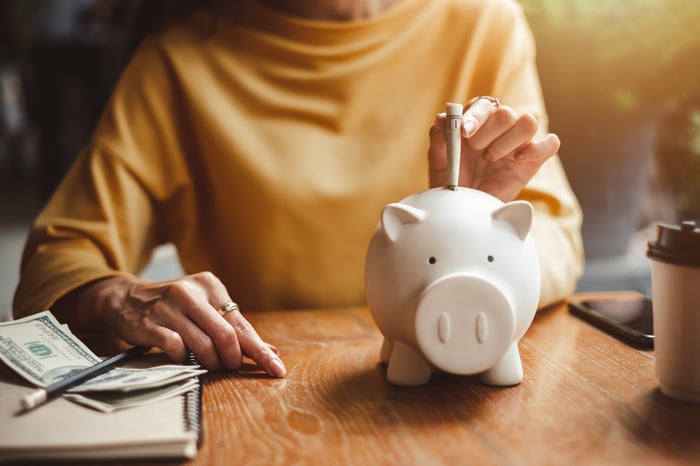 ExxonMobil boasts an eye-catching 5.2% dividend yield, and the company has consistently hiked its payout annually for the last 37 years. That's a stretch that has included substantial economic downturns and fluctuations for the price of crude oil, and the energy giant has demonstrated an ability to deliver payout growth even when the business is facing headwinds.

For retirees investing with a buy-to-hold outlook, near-term fluctuations in oil prices probably take a backseat in importance compared with payout size and reliability. Exxon has sat out of the market's rally over the last decade, with shares trading down roughly 6% across the period, but weak performance for the stock has helped make its returned-income profile even more appealing.

Supply glut pressuring oil prices and a dividend payout that's been more than doubled over the last 10 years have elevated the stock's yield to the neighborhood of a two-decade high, and the income component is supported by a business that still looks pretty sturdy. As fellow Motley Fool contributor Reuben Gregg Brewer has pointed out, the company has a strong balance sheet and a financial debt-to-equity ratio of just 0.15, and its diversified business spanning drilling, refining, and chemicals should allow it to weather industry volatility and keep cash flowing back to shareholders.

Exxon also has some underappreciated growth opportunities, with big new drilling initiatives in the Permian Basin and off the coast of Guyana that are expected to substantially increase the oil giant's production capacity. These projects are admittedly capital intensive, and they haven't been getting much love from the market because of low oil prices, but the company's targets suggest that production from these sites will help push annual earnings in 2025 up 140% from their 2017 figure, assuming oil prices of $60 per barrel.

Oil stocks might not be popular right now, but Exxon is offering retirees a great dividend and a business with undervalued longevity at current prices.

PepsiCo's sturdy business and sterling dividend track record have long made the stock a favorite for retirement portfolios. The beverages side of the business has been in operation since 1898, the merger with Frito-Lay dates back to 1965 and has been a clear success, and the company has been delivering regular payout growth for nearly a half-century.

Pepsi boasts a 47-year streak of annual dividend hikes, its shares yield a solid 2.8%, and the company's impressive stable of billion-dollar snack and beverage brands gives it pricing power and clout with retailers that should help support the dividend for decades to come.  The scale and distribution advantages mean that it's capable of supplying products around the globe more efficiently than most of the competition, and its snacks and beverages tend to get preferential placement in shops and grocery stores -- making it difficult for smaller competitors to capture market share.

PepsiCo's snack business has provided insulation amid a downturn for domestic soda sales, and the company has been making smart acquisitions to further diversify its product lineup and better serve consumers looking for more health-conscious options. The North American beverages segment has actually recently been posting encouraging organic revenue growth, with sales expanding roughly 3% year over year last quarter thanks to strong performance from products like Gatorade, and there's still plenty of room for soda growth in international markets. Automation will likely create new supply chain efficiencies and be a long-term tailwind for the business, and an expanding global middle class should help spur demand for the company's products.

Retirees can feel confident that the company will continue returning substantial cash to shareholders and keep its fantastic dividend-growth streak alive.

AT&T has managed a 35-year run of annual dividend growth, its 5.5% dividend yield is the highest the investors can expect from a major American telecom, and shares still look like an appealing investment for retirees despite their impressive gains in 2019.

The stock's roughly 35% rise on the year is certainly outside of recent norms, with the performance coming in substantially below that of the S&P 500 index across the last five- and 10-year periods even when dividends are included. However, shares still look reasonably priced trading at under 11 times this year's expected earnings -- particularly as management has recently reaffirmed the company's commitment to delivering modest payout growth even as it pays down debt and invests in new technologies.

AT&T's mobile wireless segment continues to look like a reliable cash machine, and it could return to a more pronounced growth phase thanks to the introduction of 5G network technology and subscription growth for devices including wearables and smart cars. Courtesy of the Time Warner acquisition, the company now owns a bevy of movie studios and franchises; television networks including HBO, Cartoon Network, and TNT; and a video game development wing that's put out some very successful content.

And even as the company's DIRECTV satellite television business has been seeing substantial subscriber erosion, the unit still generates billions in annual free cash flow that can be used to help support the dividend and cut down on debt.