Shares of Viking Therapeutics (NASDAQ:VKTX) soared 19.2% higher on Tuesday, after the company announced its third-quarter update. Viking reported a net loss of $6.6 million, or $0.11 per share, beating the consensus Wall Street estimate of a net loss of $0.13 per share. The biotech also provided an update on its pipeline candidates VK2809 and VK0214.

As Viking is a clinical-stage biotech, its financial results don't really matter all that much. The most important financial metric for Viking in the third quarter was its cash stockpile of $288.1 million, which puts the company in a good position to fund operations well into the future. 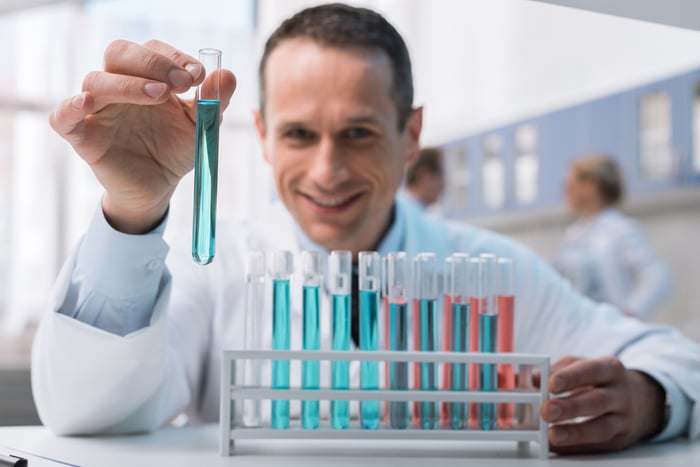 Investors were no doubt most encouraged by Viking's pipeline progress. The company stated that it's waiting on clearance from the U.S. Food and Drug Administration to begin a phase 2b clinical study evaluating VK2809 in treating nonalcoholic steatohepatitis. Viking recently wrapped up chronic toxicology studies of the experimental drug that supports long-term dosing in humans.

Viking's market cap now stands at more than $540 billion. Although that might seem like a steep valuation for a company with no product on the market, it's not unusual for small biotech stocks with especially promising pipeline candidates to sport relatively high market caps.

At this stage, investing in Viking is to a large extent a roll of the dice. If the company's experimental drugs fare well in clinical studies, the stock is likely to jump much higher. If not, Viking stock could crash. It all comes down to how those clinical trials go, though, and it will be a while before any results are available.