The collaboration between the iPhone maker and the VA will allow veterans easier access to their medical records.

Apple ( AAPL -0.61% ) and the U.S. Department of Veterans Affairs (VA) said Wednesday that veterans across the country and in surrounding territories can now access their medical records using the Health Records feature on the iPhone. The system debuted after months of work behind the scenes between Apple and the VA, including work with a select group of patients this summer to test the system.

This is the first record-sharing platform of its kind for VA patients, making this a huge deal for Apple. The VA is the largest medical system in the United States, providing service to more than 9 million veterans across 1,243 facilities, including hospitals and clinics.

Apple first announced the partnership earlier this year, adding the VA to the growing list of health providers that are opting to use the cutting-edge software feature. 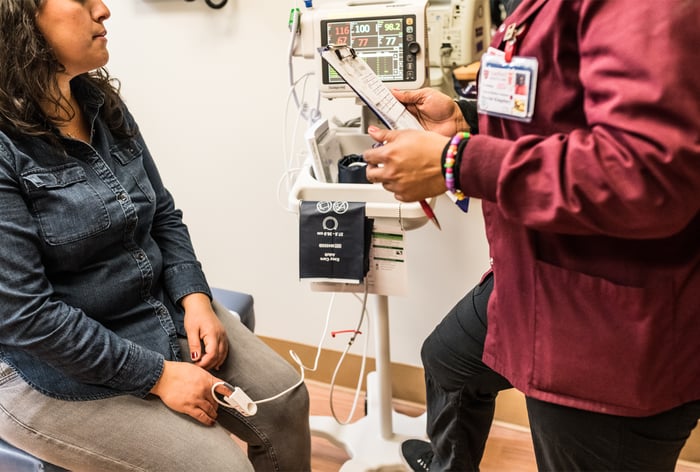 Veterans only need to sign into their providers' patient portals in the Health app, allowing the users to access all of their health records in one place. The app aggregates a patient's medical information from across participating medical institutions and organizes the data in one view. This includes details regarding allergies, medical conditions, immunizations, medications, and lab results. The system also lists procedures and displays vital signs. Apple said the Health app "continually updates these records giving VA patients access to a single, integrated snapshot of their health profile whenever they want, quickly and privately," according to the press release. The app also gathers information from Apple's other health tracking functions from devices like the iPhone and Apple Watch.

The VA joins a host of other medical facilities that Apple has already recruited to support the Health records feature on iOS, including Johns Hopkins University, University of California San Diego, Quest Diagnostics, Allscripts, and 400 other healthcare provider organizations, laboratory networks, and electronic health records vendors.

The functionality is accessible to U.S. veterans across the U.S., as well as those in Puerto Rico, Guam, Cuba, Philippines, and the U.S. Virgin Islands.

Additionally, all Health records data is encrypted and protected by the user's iPhone passcode, Touch ID, or Face ID.

Over the past several years, Apple has made a noticeable push into the healthcare arena. This began in earnest when Apple collaborated with Stanford Medicine in late 2017, recruiting Apple Watch owners to participate in a clinical trial to test the ability of the device to detect atrial fibrillation (also known as AFib). This serious medical condition is the most common type of irregular heartbeat, which can result in blood clots that can lead to strokes or heart attacks.

The response was unheard of, with 419,093 Apple Watch users in 50 states signing up to be part of the research. The results of the study, which was published earlier this year, concluded, "wearable technology can safely identify heart rate irregularities that subsequent testing confirmed to be atrial fibrillation, a leading cause of stroke and hospitalization in the United States." 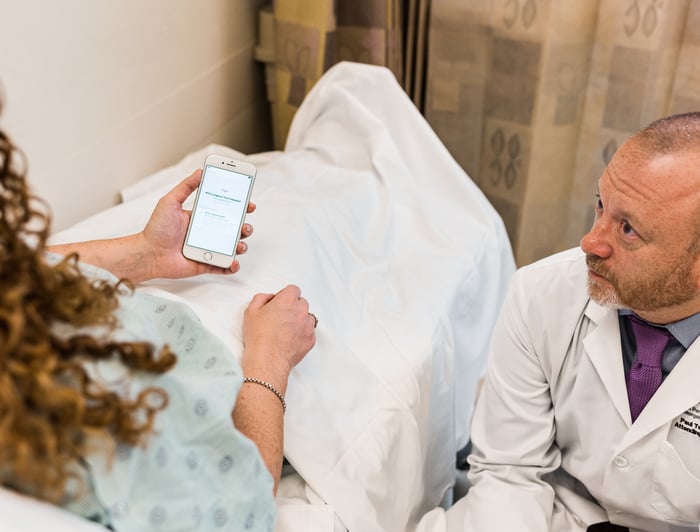 The company's move into healthcare continued in 2019. In early September, Apple announced the release of a new research app for the Apple Watch that allows device users to participate in health studies. The app lets users share health-related data collected by the Watch with researchers. At the same time, Apple announced a trio of new health studies focusing on the heart, hearing, and women's health.

CEO Tim Cook believes the field will be something of a legacy for Apple. "If you zoom out into the future, and you look back, and you ask the question, 'What was Apple's greatest contribution to mankind?' it will be about health."

Earlier this year, the U.S. Department of Health and Human Services (HHS) proposed new rules that would require healthcare providers to make electronic health information available to their patients and to do so at no cost. The regulations would require "open data sharing technologies" by 2020, making it easier for patients to change healthcare providers -- as well as insurers.

Apple is among the first providers of such portable data, giving the company a distinct edge as medicine moves deeper into the digital age.