Shares of PagSeguro (NYSE:PAGS) slumped 19.9% in October, according to data from S&P Global Market Intelligence. The Brazilian payment-technology stock fell after the company published preliminary third-quarter earnings results on Oct. 15 that were paired with news that its parent company Universo Online would conduct another share offering for the subsidiary. 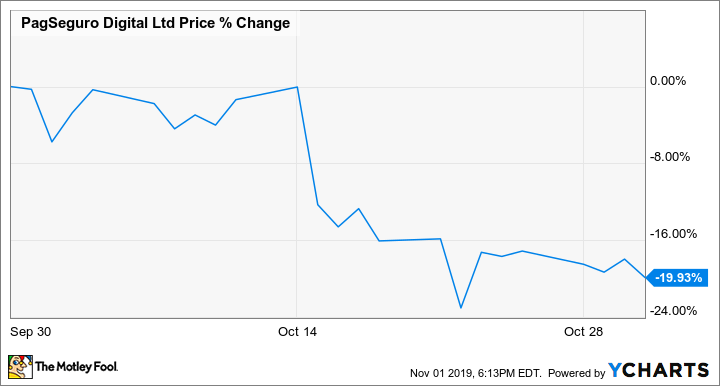 PagSeguro published a press release on Oct. 15 announcing plans to sell 16.75 million class A shares and give underwriters the opportunity to buy 2.51 million additional shares within 30 days of the new offering. As pointed out by Vinicius Andrade and Drew Singer in an article for Bloomberg, this marks the second time that the company has put shares up for sale within the last 16 months. PagSeguro had its initial public offering in January 2018. 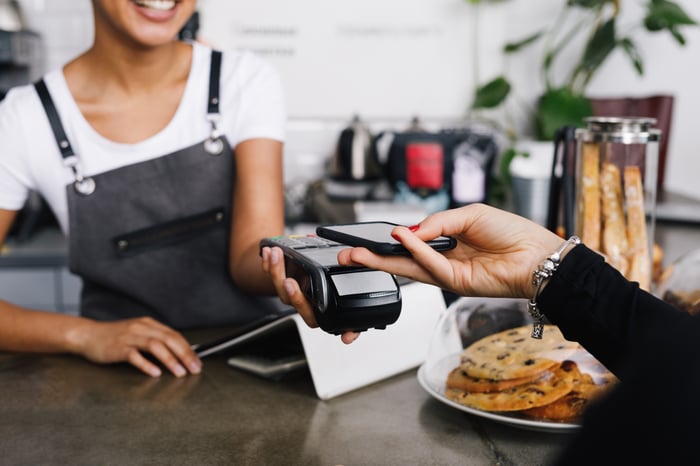 PagSeguro stock fell roughly 12% in the day of trading following the share offering and preliminary earnings announcement and continued to trend lower as the month progressed. The offering of 16.75 million shares closed on Oct. 21, raising roughly $653.3 million and bringing the company's outstanding share count to roughly 329 million.

The company projects that total payment volume for its September quarter will have risen 44.8% year over year, reaching 29.4 billion Brazilian reais -- or roughly $7.39 billion based on current exchange rates. PagSeguro expects non-GAAP (adjusted) net income between 377.5 million reais ($93.15 million) and 387.5 million reais ($95.13 million) in the period, representing growth of roughly 31.7% year over year at the midpoint of the target. GAAP net income is expected to be between 330 million reais and 340 million reais, and the earnings projections disappointed some analysts and investors.

PagSeguro stock has continued to slide in November, with shares dipping roughly 9% in this month's trading so far. 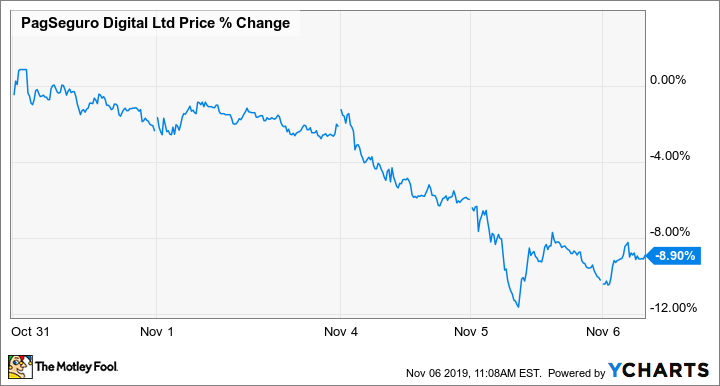 The company is scheduled to report final third-quarter earnings results after the market closes on Nov. 19. PagSeguro trades at roughly 30 times this year's expected earnings and 7.8 times expected sales.