Even with a recent rebound, the Brazilian fintech stock is down 35% year to date.

PagSeguro expects that it will have notched total payment volume of 125 billion Brazilian reals (approximately $22.59 billion) in the third quarter, representing growth of roughly 85% year over year. The company also estimates that it had 12.2 million active users at the end of Q3, up 1 million users sequentially. 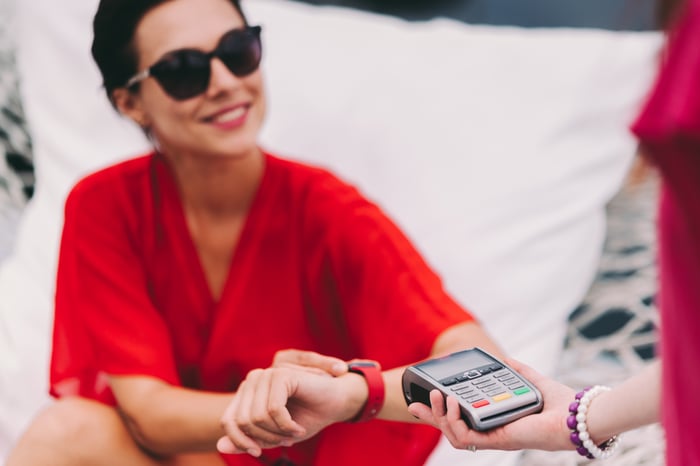 PagSeguro stock has been under pressure due to macroeconomic challenges in Brazil and a series of regulatory changes that could narrow some of the company's growth opportunities. Prior to Tuesday's jump, the company's share price was down roughly 17% across October's trading. 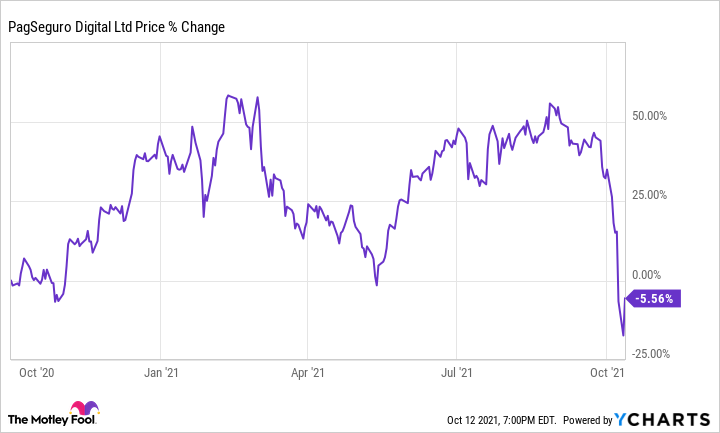 Brazil's central bank announced on Oct. 8 that it was considering new regulations that would cap prepaid card transaction fees at 0.5%. According to Citigroup analyst Gabriel Gusan, the potential change could result in PagSeguro's annual revenue being lowered by roughly 4%.

In addition to the stronger-than-expected active user growth outlined in the preliminary Q3 report, PagSeguro stock may have also gotten a boost from some favorable analyst coverage. Goldman Sachs analyst Tito Labarta published a note on PagSeguro today that maintained a buy rating on the stock and a one-year price target of $64 per share.

Based on a conversation with PagSeguro management, Labarta estimates that the proposed prepaid-card transaction cap would result in the company's revenue being lowered by 3% and its pre-tax earnings being lowered by approximately 13%. While certainly less than ideal, these potential negative impacts were not as bad as initially feared.

PagSeguro will publish its official third-quarter results after the market closes on Nov. 11. Coming on the heels of its recent preliminary reporting, there probably won't be any big surprises about performance in the period.

There's a promising long-term growth outlook for fintech services in Brazil and other Latin American markets, and PagSeguro is a leader in its corner of the market. The stock could have big upside at current prices, but investors should proceed with the understanding that regulatory and macroeconomic developments could create more pricing volatility in the near term.