Toyota also said that it will buy back up to $1.8 billion worth of its common stock, or 34 million shares, before its current fiscal year ends on March 31.

Like many Japanese companies, Toyota's fiscal year begins on April 1. The quarter that ended on Sep. 30 was the second quarter of its 2020 fiscal year. 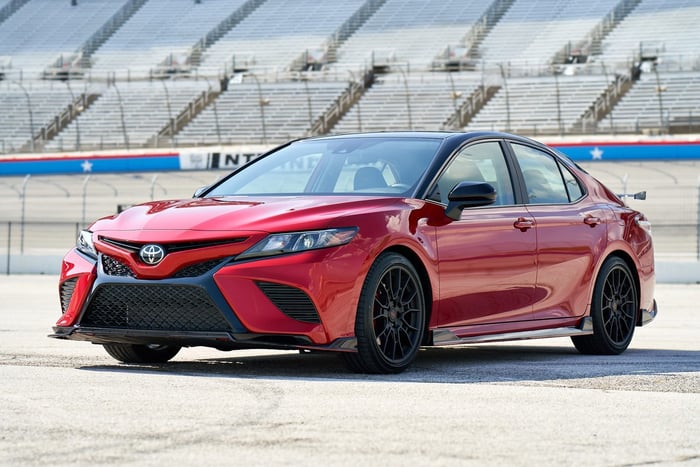 U.S. sales of Toyota's Camry are down slightly in 2019, but it's still America's best-selling sedan. Image source: Toyota Motor.

What happened in the first half of the fiscal year

Looking ahead: A slight change to guidance

Toyota slightly lowered its guidance for full-year sales, but maintained its prior guidance for revenue and profit. Here's what management said about what investors should expect in the fiscal year that will end on March 31, 2020: