The company just earned 50% more than analysts had predicted.

Eyeglasses and contact lens retailer National Vision Holdings (EYE -1.47%) reported its Q3 2019 earnings this morning, beating estimates soundly and sending its stock up 15.1% as of 11:20 a.m. EST on Thursday.

Heading into earnings, analysts had predicted National Vision would report $0.12 per share in adjusted (i.e., pro forma) profit on $427.7 million in sales, but it beat those estimates handily. Earnings came in 50% higher than expected at $0.18 per share on sales of $431.9 million, a beat on both the top and bottom lines. 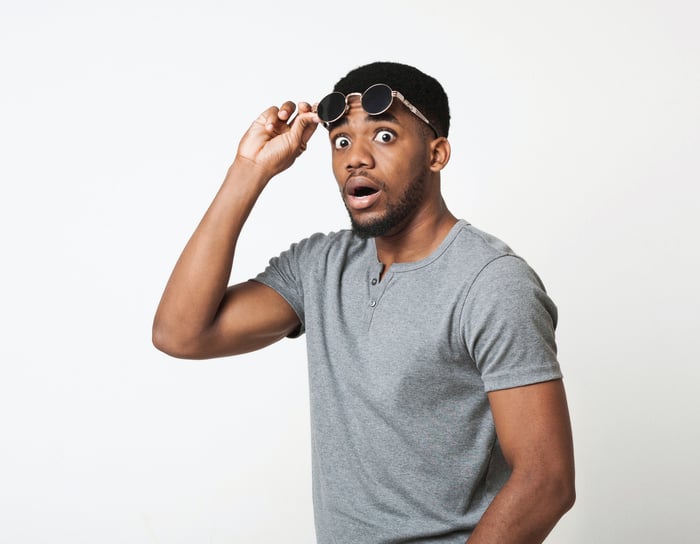 Sales for the quarter were up 11.5% year over year, and adjusted net income grew 65.8%. But viewed from another perspective, earnings weren't great. When calculated according to generally accepted accounting principles (GAAP), they were only $0.01 per share -- down from $0.06 a year ago.

Still, most of that reduction owed to smaller tax benefits recorded this quarter than a year ago, and with Wall Street focusing on adjusted results, investors are interpreting this quarter as a win for National Vision -- and the future looks pretty good as well.

Updating its guidance in light of the Q3 results, and factoring in store sales growth that is now greater than expected, National Vision forecasts that its full-year sales will range from $1.705 billion to $1.712 billion. The low end of this range now matches the high end of the company's previous guidance. Similarly, the company believes it will match or exceed previous guidance for earnings.

With management's new forecast for full-year adjusted net income running from $56.5 million to $58.5 million, it looks like National Vision is setting itself up to beat earnings once again in Q4.

National Vision Holdings Upgraded: What You Need to Know