The trade dispute between the U.S. and China has weighed on investors' minds for months now, and until recently, it seemed like a resolution might be unattainable. Yet the two nations appeared to make a big step forward today, with major benchmarks climbing into record territory after reports that tariffs could see gradual declines in the near future. Even so, some stocks weren't able to participate in the rally. TripAdvisor (NASDAQ:TRIP), Expedia Group (NASDAQ:EXPE), and Party City Holdco (NYSE:PRTY) were among the worst performers. Here's why they did so poorly.

A bad day for online travel

TripAdvisor and Expedia both saw dramatic drops Thursday, losing 22% and 27%, respectively. The two online travel companies saw many of the same trends hit their respective businesses during the third quarter. For Expedia, declines in earnings from year-earlier levels and a less optimistic forecast for performance from hotel booking site Trivago and home-sharing service VRBO combined to hurt investor sentiment. TripAdvisor saw even more struggles, with a 7% drop in revenue causing earnings per share to fall almost 20% year over year. 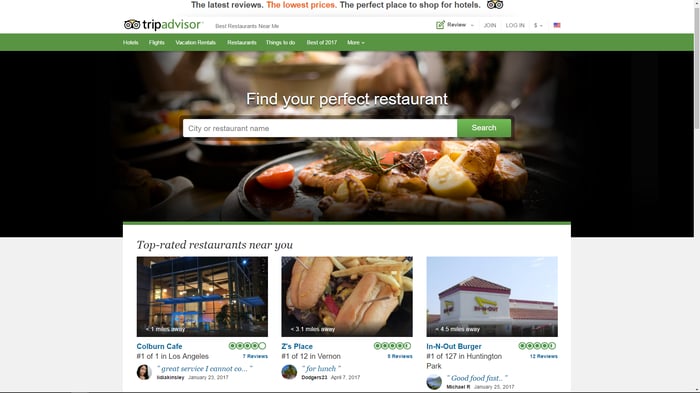 Shareholders in TripAdvisor also had to weigh some strategic initiatives. The company announced a special dividend of $3.50 per share, which is more than 10% of its current stock price after today's decline. It also said it would create a joint venture with Chinese travel peer Trip.com for content licensing and distribution. China is an important and growing travel market, but investors seem worried that even if it's successful, the move won't make a big enough difference to offset weakness elsewhere. For both TripAdvisor and Expedia, the real question is whether they can take advantage of a growing travel market or whether they'll start to lose market share to more aggressive peers in the space.

No party at Party City

Finally, shares of Party City Holdco plunged 67%. Third-quarter results included a 2% drop in revenue on a 2.6% decline in comparable sales and falling profit margin that resulted in a sizable and unexpected net loss for the quarter. Moreover, Party City gave an update on the key Halloween season, and it was disappointing, with a 7% drop in total revenue for the month of October. CEO James Harrison blamed a lot of the problem on helium shortages, which hurt a considerable portion of Party City's business. Even though the retailer saw a good performance in its online business, many fear that Party City has a long way to go before investors will see the company get back to a growth trajectory and give them cause for celebration.