Shopify (NYSE:SHOP) recently released its third-quarter results, and while the company again achieved strong year-over-year sales growth, that doesn't mean all is well for this tech stock. There are three reasons why investors may want to consider selling shares of Shopify after a quarter that was really much of the same for the company.

Sales growth is down again, and it's not likely to get stronger any time soon

In the report, Shopify revenue was up 45% year over year. That figure may be impressive on the surface, but it also marks an ongoing decline in the company's growth. In the second quarter, Shopify's growth rate was 48%, and at the beginning of the year, it was 50%. This is part of a trend that's been going on for some time now, and it's likely that deceleration will only continue. In fact, management's guidance for the quarter has revenue coming in between $472 million and $482 million -- at the middle of that range, growth would be below 39%. 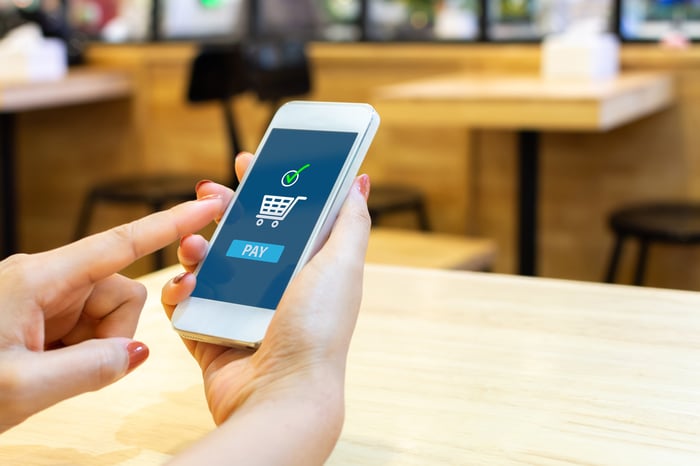 For one, the company has already rapidly scaled its business and finding new avenues to expand into will be challenging. While its move into fulfillment will certainly help open up more opportunities, that's not something that can be developed overnight. And if the recession everyone fears sets in, there could be a slowdown in the number of merchants in need of Shopify's services.

There's also the risk that Shopify simply starts losing market share. One of the biggest concerns investors should have about the company's future is its lack of a moat. And with Adobe's Magento and Facebook's Instagram both offering similar services for merchants, enabling them to sell their products online, things are about to get more difficult for Shopify to grow, not easier.

Without that high growth rate, investors may find it hard to justify investing in Shopify's stock.

While investors will be quick to point out that Shopify had a larger-than-normal loss this quarter because of income tax expenses of $48 million that weren't present a year ago, the problem in its financials is evident long before getting to the bottom line. Operating losses of $35.7 million were already up 14% from the $31.4 million loss in the year-ago quarter.

And operating income is often more indicative of a company's true performance than net income since it doesn't include taxes or other expense items. Although Shopify's third-quarter gross profit grew 45% from the prior year, operating expenses were also up 39%,  limiting the improvement in the company's bottom line. The company has posted loss after loss, and despite making some modest progress recently, it should be closer to breakeven by now, perhaps even profitable.

It's a much more established company than it was just a few years ago when growth may have been sufficient to justify the losses. But with Spotify's growth rate slowing down as well, management needs to show real improvement on the bottom line, too.

Excitement surrounding the stock has cooled

Over the past few months, there hasn't been the same level of bullishness surrounding Shopify as there had been earlier in the year. And while that's a short-term development, it could be the start of a much longer-term problem. At the end of August, Shopify was up an incredible 200% year to date, and even after pulling back over the past two months, the stock is still up over 100% in 2019. Trading at a sky-high 23 times sales, a much larger correction could be around the corner.

From rising costs to greater competition and a possible economic downturn, there are plenty of reasons investors should be hesitant to hold on to shares, and it appears the market has noticed. Management has a lot to prove in 2020 if it wants to justify the stock's lofty valuation.