Shares of ADT (NYSE: ADT) gained 23.4% in October, according to data from S&P Global Market Intelligence. The stock climbed following the company's announcement that it would sell its Canadian division and pay a special dividend. 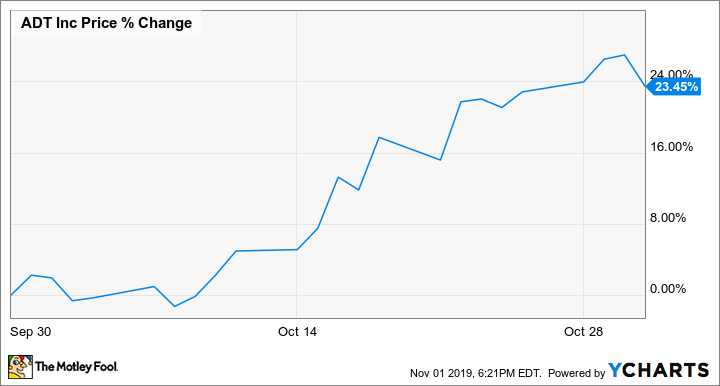 ADT published a press release on Oct. 1 announcing that it had finalized a deal to sell the division for 700 million Canadian dollars -- or roughly $535 million at the time of the sale's close. The news was paired with the announcement that the company would pay a special dividend of $0.70 per share. 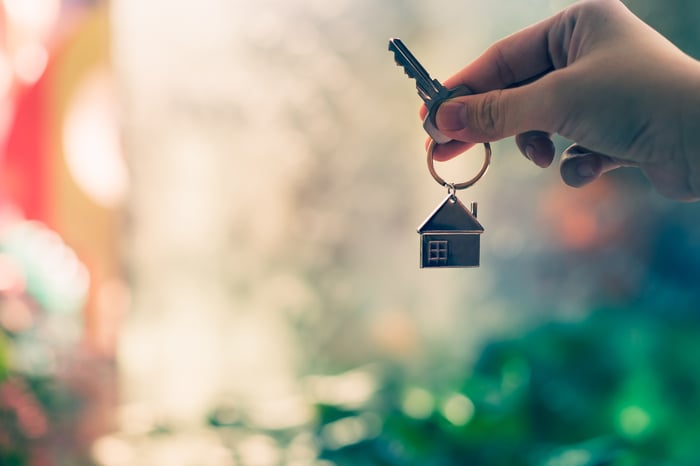 The sale of ADT Canada included all of the division's operations and assets. This quote from ADT's president and CEO Jim DeVries was included in the press release and outlines his view on the benefits of the deal:

The sale of our more capital intensive Canadian operations enables us to sharpen our focus on the exciting growth and higher margin opportunities in the U.S., where we can more efficiently invest our time and resources. Importantly, these emerging opportunities are ideal for leveraging the trusted ADT brand as we continue generating strong free cash flow to drive shareholder value over the long term.

ADT plans to return the proceeds from the sale directly to shareholders, with the $0.70-per-share special dividend working out to a payment of roughly $550 million.

ADT is scheduled to report third-quarter earnings after the market closes on Nov. 12, and the average analyst estimate is targeting earnings of $0.21 per share on revenue of $1.3 billion. The company did not provide guidance for the third quarter when it published its second-quarter results in August, but it did update its full-year guidance.