Here's why one stock jumped more than 20% and the other fell more than 10% during after-hours trading on Monday. 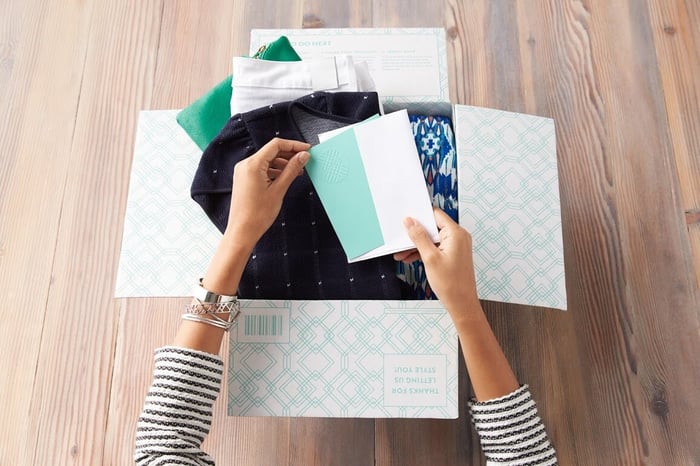 The company reported revenue of $370.3 million, up 25% year over year. That was higher than analysts' consensus forecast for revenue of $365.9 million.

Stitch Fix also said it now has 3 million clients, up 18% year over year.

Impressively, the company stuck with its plan to spend less on advertising as a percentage of revenue during the quarter and was still able to drive client acquisition across its digital channels.

Making the quarterly update even more impressive, Stitch Fix provided strong guidance for both its fiscal third quarter and its full year of fiscal 2019. Management said it expects fiscal third-quarter revenue to rise 22% to 26% year over year and full-year revenue to increase 25% to 27% over fiscal 2018.

Check out the latest earnings call transcript for Stitch Fix and ADT.

ADT CEO Jim DeVries was optimistic about the company's results and its continued momentum, noting that the quarter was "strong" and better than management's financial outlook for the period.

"We continue to demonstrate improvement across key operating metrics and strengthened our leadership in leading-edge home automation through the launch of ADT Command and Control," DeVries continued.

Why This Feature Could Be Game-Changing for Stitch Fix
413%