Shares of Fiat Chrysler Automobiles (FCAU) gained 17.3% in October, according to data from S&P Global Market Intelligence. The Italian automaker's stock posted small gains in conjunction with broader market momentum and then saw a more pronounced jump following the publication of its third-quarter earnings results and new guidance targets.

FCA also appears to have gotten a boost from news of a proposed merger with French auto company Peugeot SA (PUGOY), which became official on the same day as the quarterly release. The combination would see current shareholders receive equal equity in the new company. 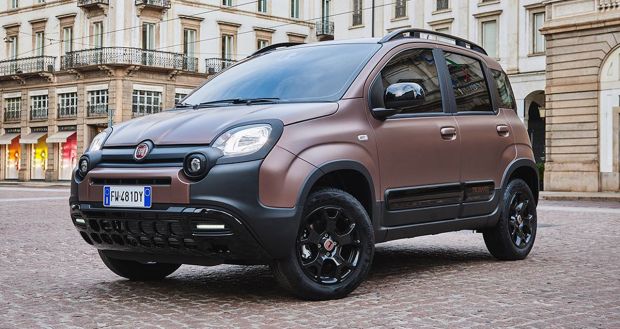 Fiat Chrysler posted earnings results for its September quarter on Oct. 31 before the market opened, delivering an earnings beat despite missing on revenue. The company reported non-GAAP (adjusted) earnings per share of 0.81 euros, which topped the average analyst estimate by 0.01 euros. Sales for the quarter fell 300 million euros short of the analyst target and declined 1% year over year to come in at 27.32 billion euros.

Unit shipments fell 9% year over year to come in at 1.059 million. The decline primarily occurred in the North American market, but record margins in the territory helped overall performance and allowed the company to beat earnings expectations. The auto company's earnings per share were down 6% from 0.86 euros in the prior-year quarter, but operating cash flow for the period rose 193% year over year to come in at roughly 2.34 billion euros, and non-GAAP (adjusted) earnings before taxes and interest in North America reached a record 2 billion euros.

As noted by Motley Fool senior auto specialist John Rosevear, FCA management didn't have much to say about the pending merger with Peugeot with its third-quarter release and conference call. Rosevear has written that the combination could help the companies deal with tightening emissions standards in Europe, manufacturing efficiency, costly research and development initiatives, and other dynamics in the auto industry.

FCA stock has continued to climb in November, gaining 4.5% in the month's trading so far. 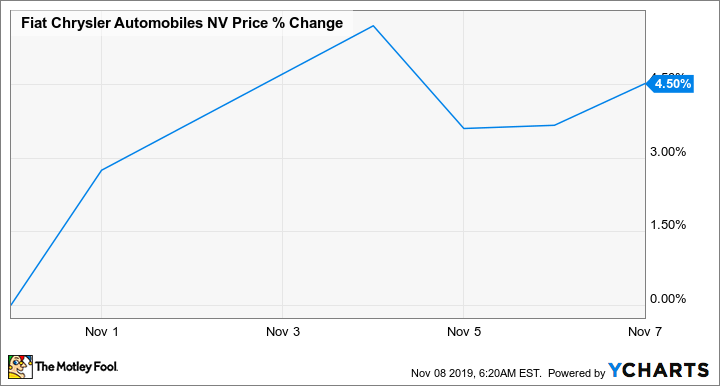