Please ensure Javascript is enabled for purposes of website accessibility
Free Article Join Over 1 Million Premium Members And Get More In-Depth Stock Guidance and Research
By David Jagielski - Nov 11, 2019 at 10:52AM

Investors in this sports retailer being investigated for accounting issues may want to reconsider holding the stock.

It's the five-letter word that no investor wants to see when reading about a company he or she has invested in. The consequences for the company, the stock, and sometimes even the industry can be catastrophic. It's one thing for a company to miss earnings or fall short of expectations, but it's quite another for its numbers to be potentially misleading. That's the problem investors of Under Armour ( UA -4.16% ) ( UAA -3.28% ) may face today.

Last week, the company released its third-quarter results, and even though it beat earnings and sales expectations for the period, the stock still plunged more than 18% by the end of the day the report was released. And while lower guidance could be partly to blame for the sell-off, a drop in fiscal 2019's expected growth rate to 2% from a previous forecast of 3% to 4% is hardly going to be responsible for such a significant drop. Rather, investors were spooked by news that Under Armour's accounting practices were being reviewed by not only the Securities and Exchange Commission but also the Justice Department.

News of the probe broke on Nov. 3, when The Wall Street Journal reported that the company was under investigation for its accounting practices. We don't yet have many details, but it appears the investigation stretches back to 2017. 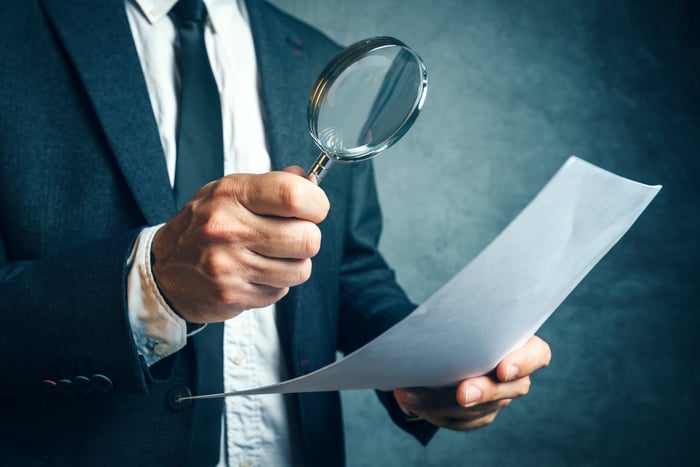 Investigators could be looking at a wide range of issues, from revenue recognized too early, to expenses improperly capitalized as assets, to burying those expenses somewhere they shouldn't be for the sake of improving the company's earnings before interest, taxes, depreciation, and amortization (EBITDA). When accountants start getting too creative in managing earnings, problems like these can crop up.

However, until we get more details, including whether the people involved are still with the company, there will be significant question marks surrounding Under Armour. That could be horrible news for the consumer-goods stock.

Why this could be the start of a long, uncertain road for the company

Whether the company can meet expectations next quarter isn't going to matter if investors don't think they can trust the company's numbers. If they lack confidence in the people running Under Armour, there will be a lot of second-guessing, and regaining that trust could take a long time, even under the best of circumstances.

For an example of how fraud could cripple a company, look north of the border to what happened at Home Capital Group ( HMCB.F -4.26% ) a few years ago. Mired in a scandal in which executives failed to inform investors about fraudulent activity, the lending company eventually faced serious insolvency issues.

That's an extreme example because, for Home Capital, trust is a crucial part of the lending business. Under Armour faces different risks, but the point is that the recovery could take a long time. It's taken Home Capital more than two years for its stock to recover: 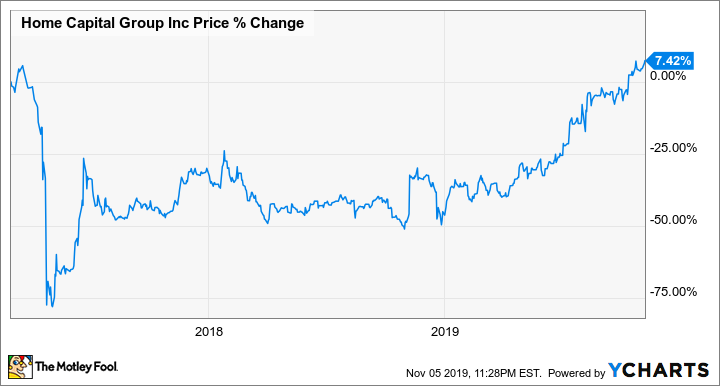 In Under Armour's case, the stock didn't fall off a cliff. It's been struggling for the past five years and has already lost more than 80% of its value. The bad news is that, at more than three times its book value, Under Armour has a lot more room to fall in value.

Under Armour was already facing challenges surrounding its growth, and adding to the mix a criminal investigation makes the stock a sell at this point. Without a quick resolution, the stock could face some even tougher times ahead, since the more investors learn about the investigation, the worse it may end up becoming. One bad sign already is that the company didn't get out in front of the issue to address it, and if investigators have been looking into it for multiple years, it's not likely to be a simple investigation.

Even for bargain hunters, Under Armour isn't worth the risk. This could just be the beginning of an even deeper freefall for the stock.