Major benchmarks finished mixed on generally quiet day on Wall Street. The Dow Jones Industrial Average (DJINDICES:^DJI) eked out a gain while the S&P 500 (SNPINDEX:^GSPC) posted a modest loss. The industrial and real estate sectors rose, with home construction stocks moving up, but most other sectors closed in the red.

As for individual stocks, Walgreens Boots Alliance (NASDAQ:WBA) climbed on a report it has a buyout offer, and NextCure (NASDAQ:NXTC) fell despite detailing positive clinical trial results. 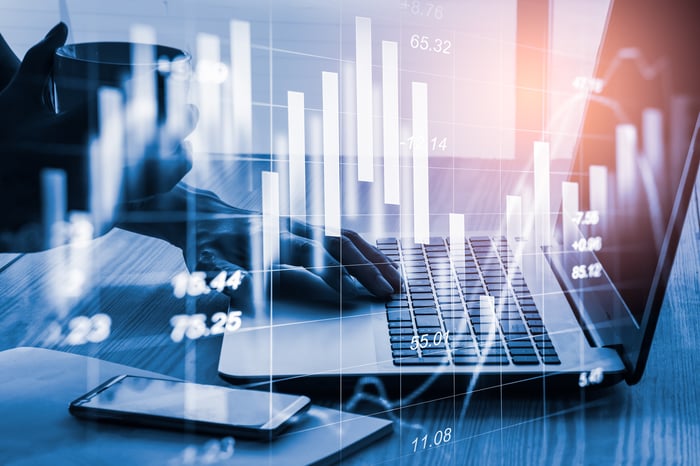 Investors snapped up shares of Walgreens, sending them 5.1% higher after Bloomberg reported that private equity firm KKR & Co. has made a formal buyout offer for the drugstore chain. The stock had spiked last week following a report that the company was exploring a potential sale.

If a deal comes to fruition, it could be the largest leveraged buyout ever, topping KKR's earlier purchase of RJR Nabisco in 1989 and its participation in a consortium to buy Texas utility TXU in 2007. Walgreens has a market capitalization of $56 billion with net debt of almost $17 billion.

Walgreens has had a tough time generating growth, although results in recent quarters have showed some encouraging signs here and there. Reimbursement trends are headwinds for its pharmacy business, while front-end retail sales continue to fall as customers go online to buy beauty and health items.

In the absence of any details on the offer, investors are concluding that any deal at all would be better than continuing to wait for a turnaround that might not happen for a long time.

Shares of newly public biotech NextCure fell to Earth, giving up 52.9% after tripling in a single day last week on early news of clinical trial results. Full results of the trial for the company's cancer immunotherapy drug NC318 were presented at the annual meeting of the Society for Immunotherapy of Cancer over the weekend.

The study tested NC318 in 49 subjects with 15 types of tumors, all of whom had had prior treatments that weren't successful in controlling the disease. Among 10 patients evaluated with non-small cell lung cancer, one was cancer-free after a year, one had tumor shrinkage, and tumor growth has stabilized in four others. Trial data also showed that the treatment slowed tumor growth in other cancer types, such as endometrial, ovarian, and head and neck cancer.

Tempering investor enthusiasm were some unanswered questions about the small early trial, such as why the one remission happened at the smallest dose tested. But given that NextCure stock is up 51% in a week, despite the expiration of the IPO share lockup period on Nov. 4, investors still seem optimistic about an upcoming expanded trial for the drug.