Monday brought relatively minor moves for stock market indexes, in large part because of the Veterans Day holiday. Most major benchmarks finished the session close to where they started it, and there wasn't a lot of market-moving news for investors to consider. Still, some individual stocks did see their share prices jump significantly. Boeing (NYSE:BA), The Trade Desk (NASDAQ:TTD), and Carbonite (NASDAQ:CARB) were among the top performers. Here's why they did so well.

Shares of Boeing climbed more than 4% following reports that it might be able to begin deliveries of the 737 MAX aircraft by December. The aerospace giant believes that it should be able to get approval to return the 737 MAX to service by December, with commercial service to resume by January once pilot training requirements get final approval. Boeing admitted that it'll take longer before passengers start flying on the MAX, as airlines will need more time to go through their own processes for putting the planes in the air. Even with that uncertainty, though, Boeing shareholders are hopeful that there will finally be a path forward for the MAX as an integral part of the aircraft manufacturer's future strategic vision. 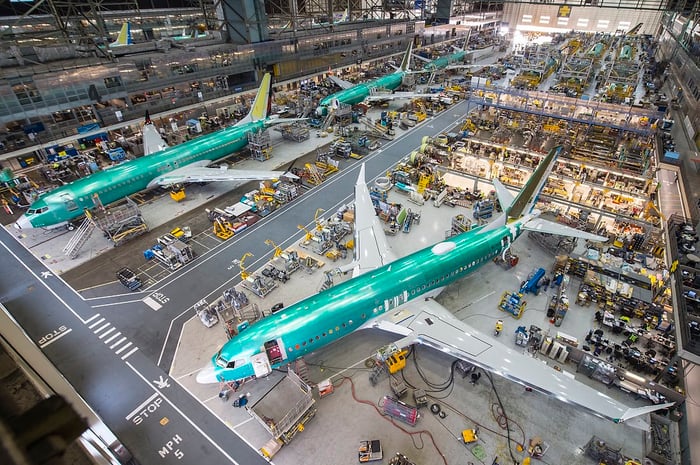 A big jump for The Trade Desk

The Trade Desk saw its shares rise 11% as investors continued to celebrate solid results from the programmatic advertising company's third-quarter financial report last week. Revenue jumped 38% year over year, and The Trade Desk remained solidly profitable. The ad specialist identified relatively new channels like mobile video, in-app advertising, and connected television as some of the fastest-growing parts of its overall business. Advertising agencies like the business model that The Trade Desk has used to give them more power over their marketing spending, and as long as the dominant monetization strategy for online websites and apps remains ad-driven, programmatic advertising's prospects will continue to look strong.

Carbonite gets an offer

Finally, shares of Carbonite soared 25%. The cloud-based cybersecurity and data protection specialist got a buyout offer from OpenText (NASDAQ:OTEX) that valued Carbonite at about $1.42 billion. Under the terms of the deal, Carbonite shareholders would receive $23 per share in cash for their stock. OpenText sees the acquisition as building its strength in enterprise information management, especially as it complements the security offerings that it has in place for its clients. OpenText shares also rose on the news, and even though it will have to take on some leverage in order to get the deal done, it believes it can pay down debt relatively quickly following the acquisition. For Carbonite investors, the deal has to be a bit disappointing, given that it comes at a price that's less than where the software-as-a-service cybersecurity company's stock traded as recently as July.